Click on the words “America’s Cup continues” above to see this post with a related header image.

Parts of Larry Ellison’s $9 million hobby that is. See here for the other pile of his boat bits I have packed off local beaches. 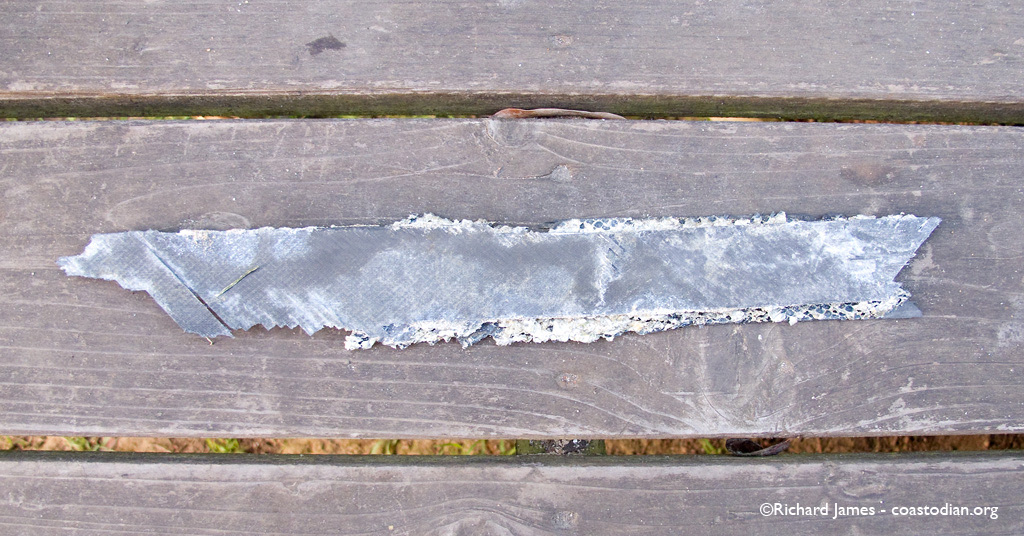 I am not out there as often as I was in the past, so I am surely missing much more than this piece I found on Limantour Beach last week.

Larry’s boat is built for speed

But do we really, really need

Broken symbols of his greed

On 17 October, 2012, a boat owned by the Oracle/BMW racing group capsized as it was sailing on San Francisco Bay. Much of the resulting debris was recovered by those who created the mess. Shortly afterwards, the California Coast from Daly City, north to Point Reyes was awash in very expensive boat-bits.

I collected dozens of shards of carbon-fiber laminated aluminum and wood-fiber.

A group of Oracle people did come up once to Point Reyes to help recover debris left by another errant sailor, Duncan MacLean as well as pick up what they could find of their mess. I applaud their efforts and thank them for compensating me for the many hours I spent picking up after their fun went awry. I continue to find pieces of their boat on Point Reyes beaches.

Have a look at what a $9 million boat is made of. 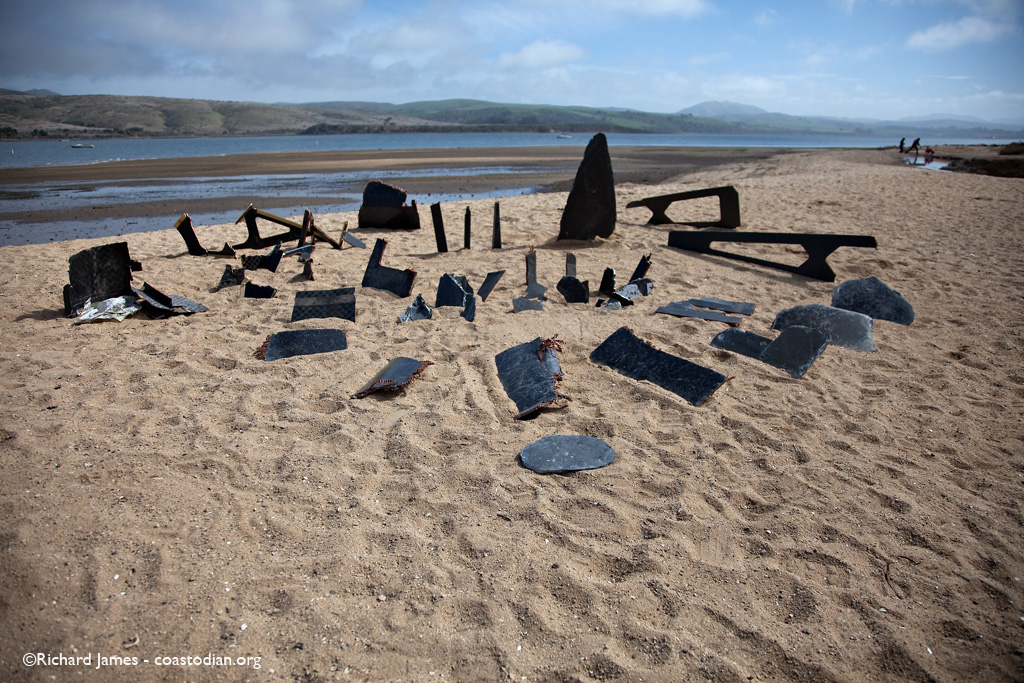 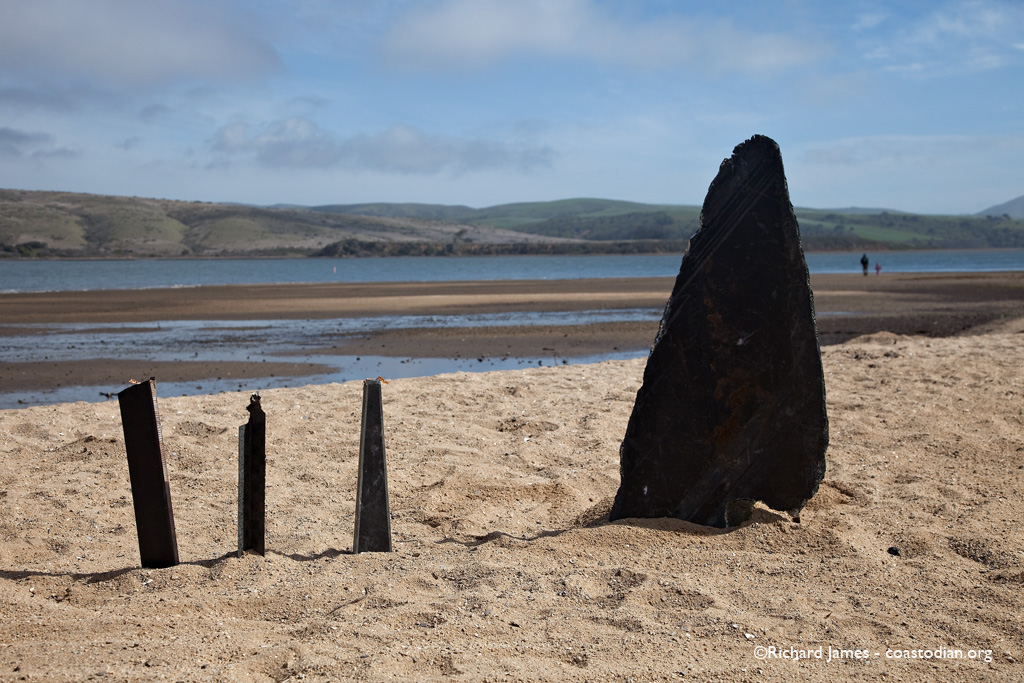 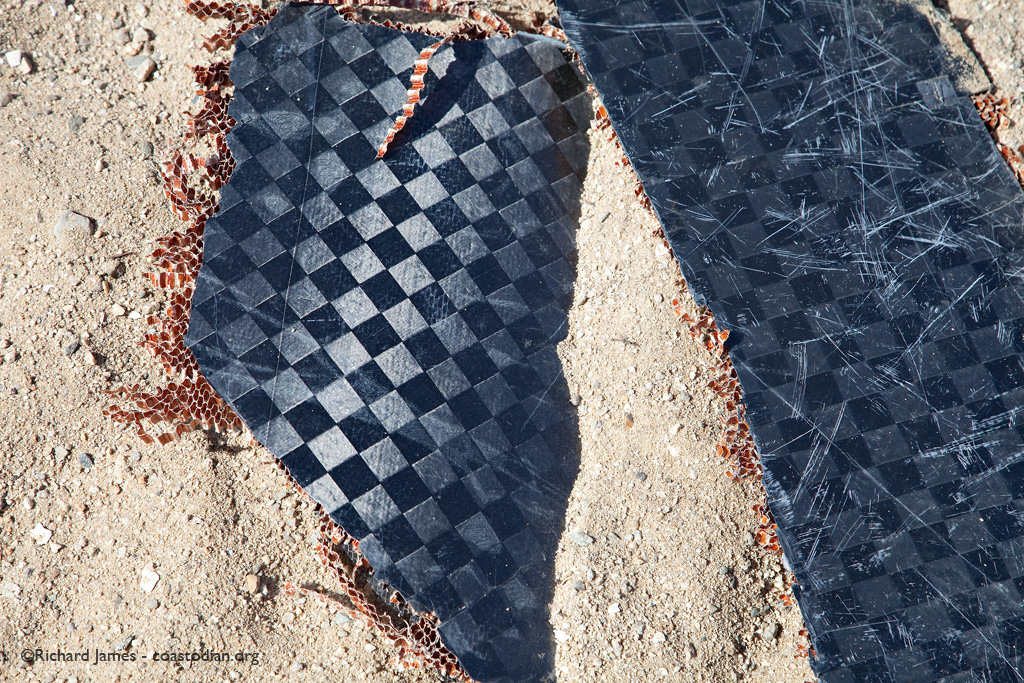 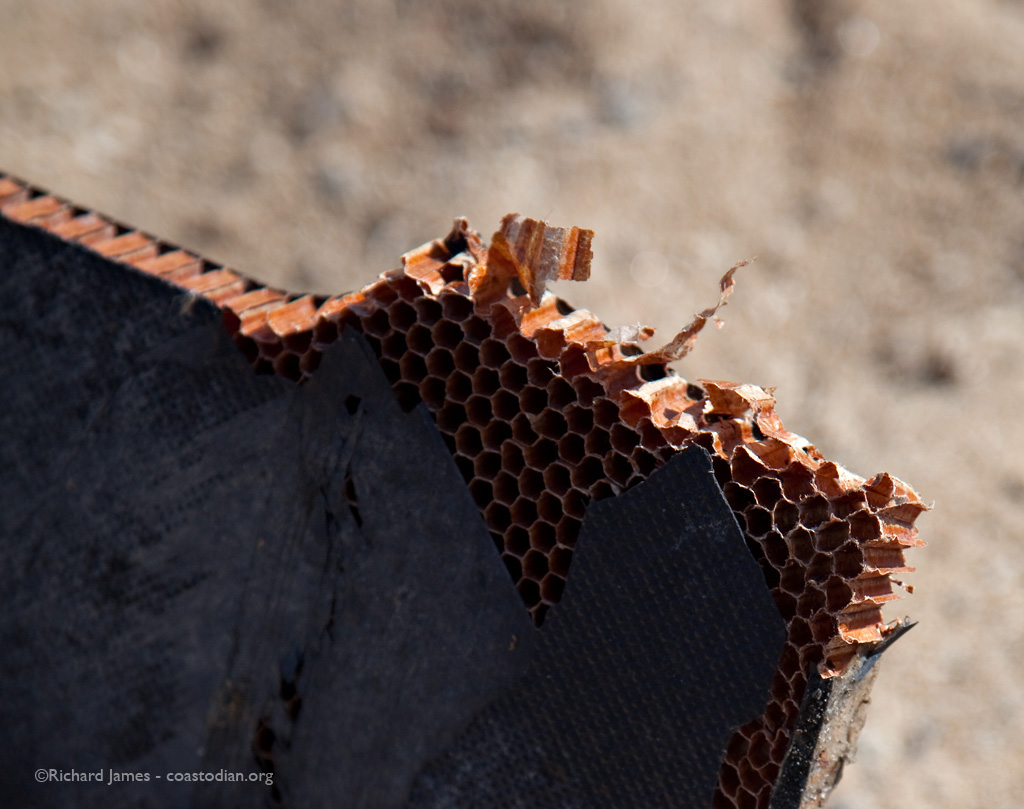 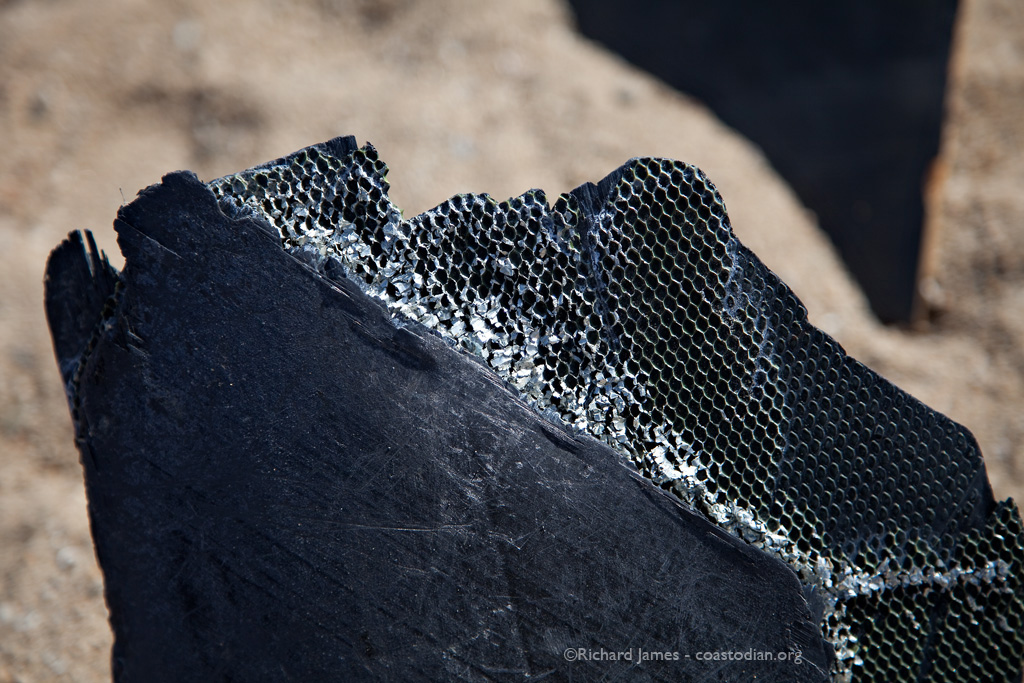 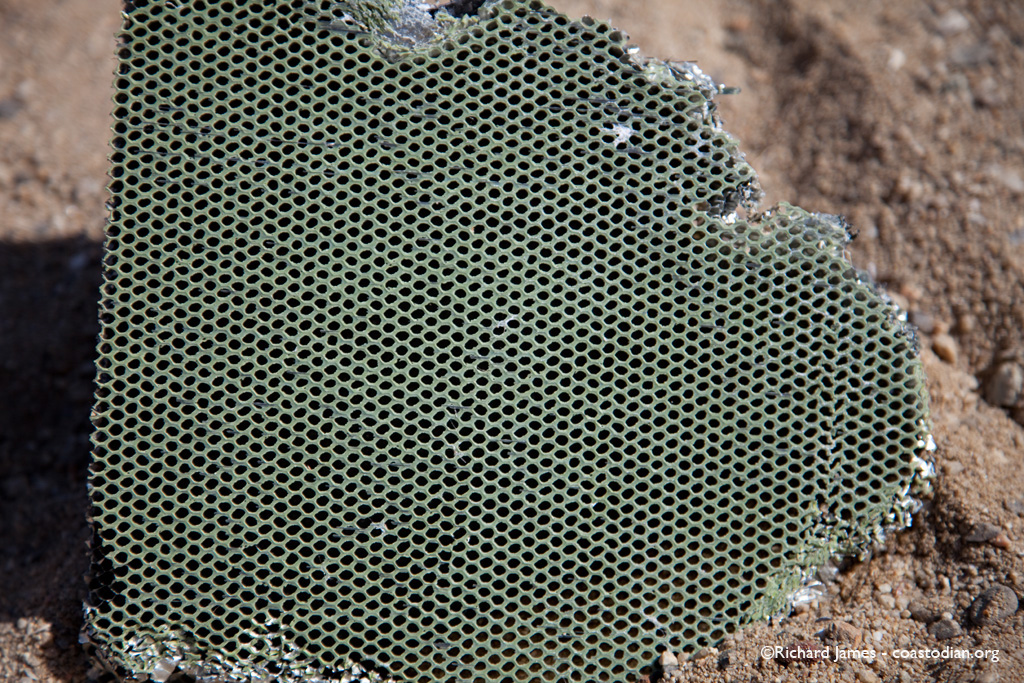 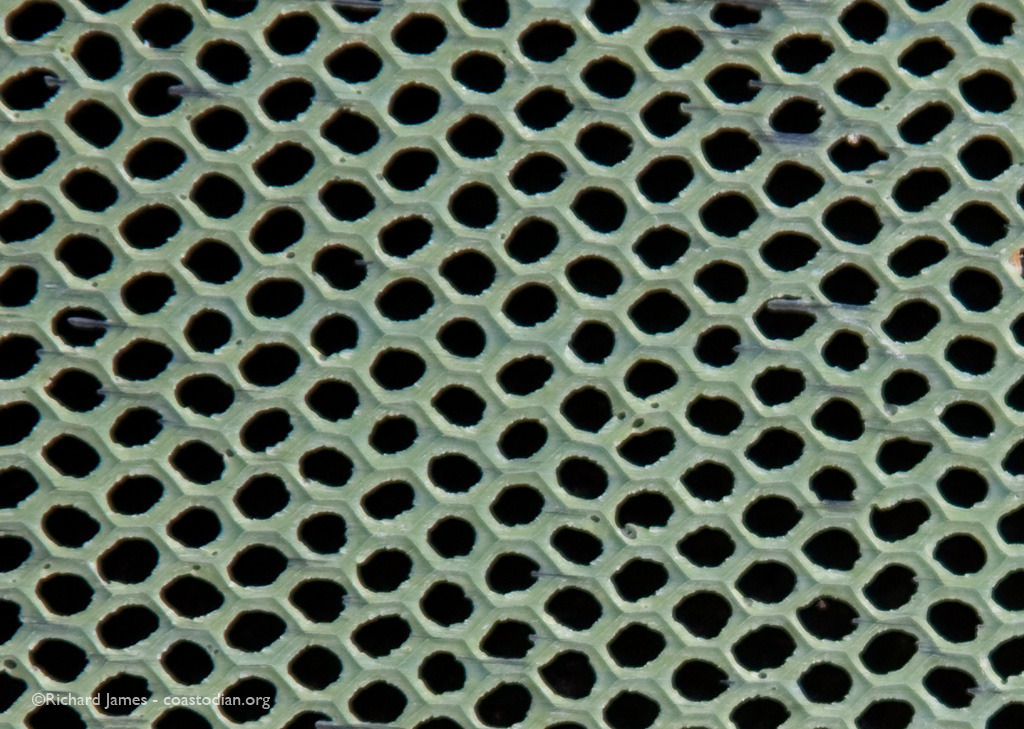 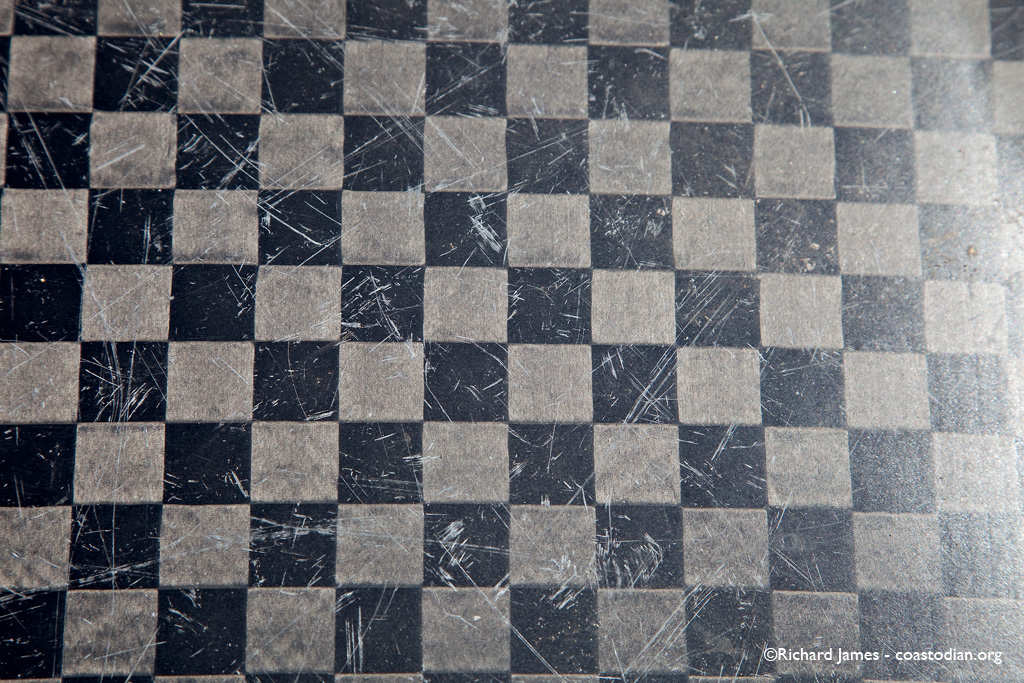 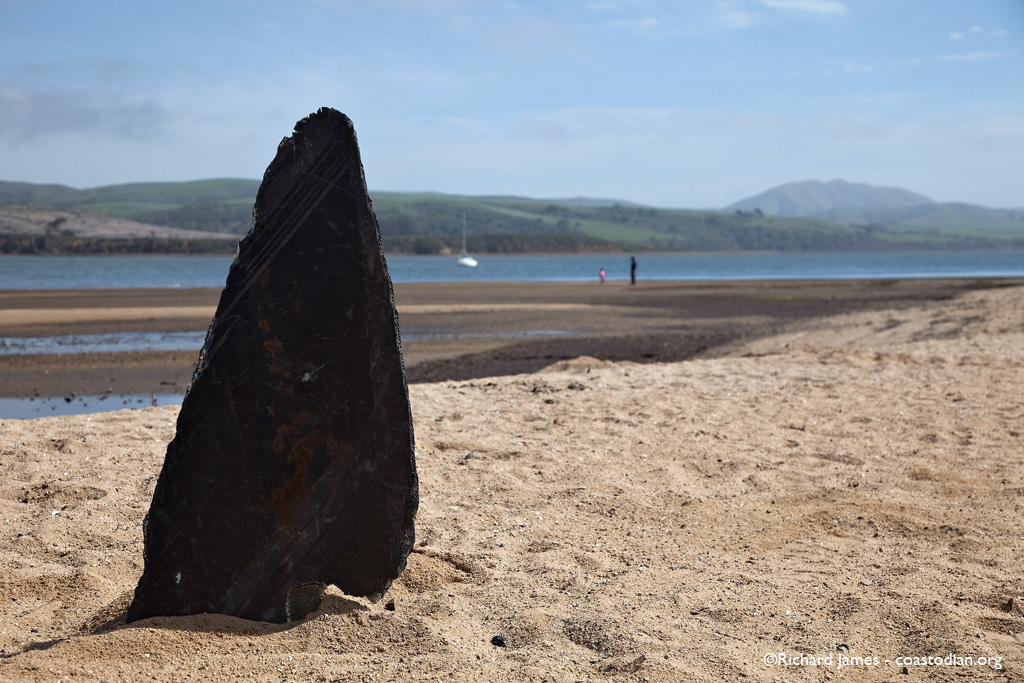 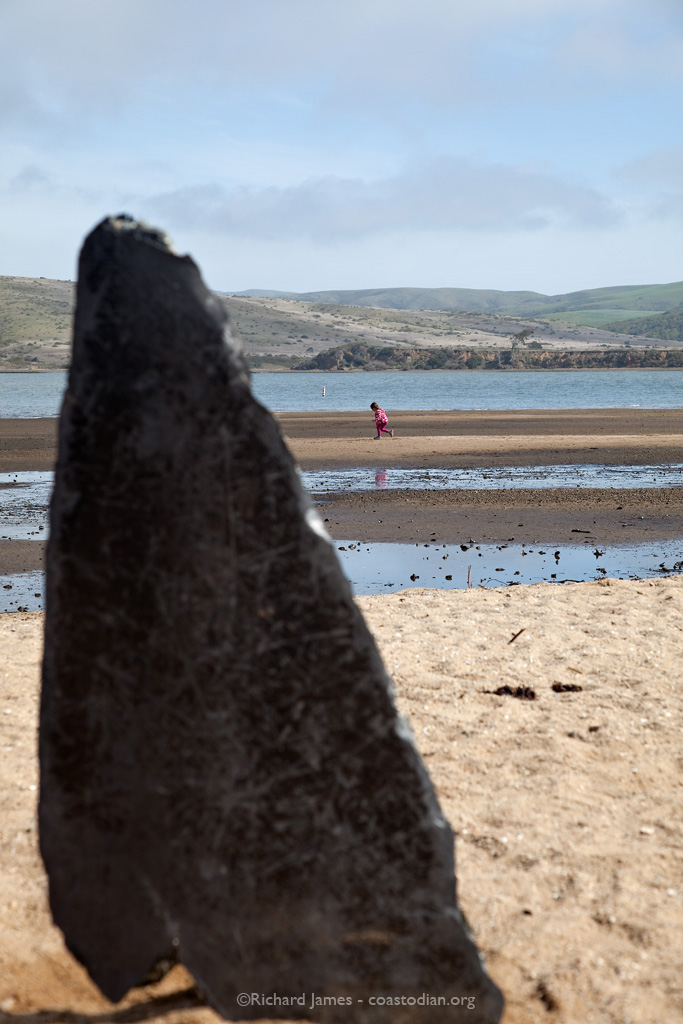 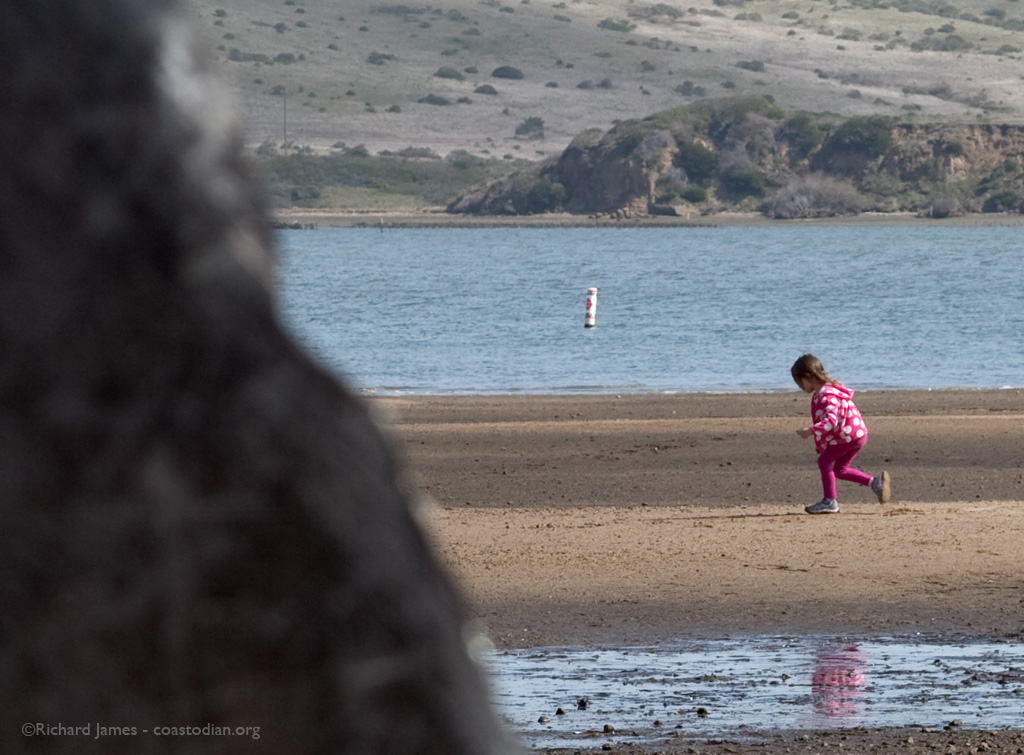 From May thru September of 2013 the California Academy of Science – whose mission includes exploring, explaining and protecting the natural world – will host a display entitled “Built for Speed”. Oracle will have on display a smaller version of the boat that disintegrated on San Francisco Bay. There will also be on exhibit the orca that washed ashore at Point Reyes in Nov. of 2011. See more about that orca here.

A few months ago I attended an art opening at the Marine Mammal Center in Sausalito. It was sponsored by PG&E, among others.

The Marine Mammal Center is a nonprofit veterinary research hospital and educational center dedicated to the rescue and rehabilitation of ill and injured marine mammals.

PG&E had a plan that calls for towing a quarter-mile-wide array of underwater “air cannons” that emit 250-decibel blasts into the ocean every 15 seconds for 12 straight days. This was to map the sea-floor to understand earthquake faults near the Diablo Canyon nuclear power plant.

I wonder how many marine mammals that testing would have killed and injured?

Thankfully the permit for this testing was denied.

It has been said that politics makes strange bedfellows.

It seems that practice carries over into science as well.

Does the end justify the means? I do not think it does.

Greenwash is just that, greenwash.