Click on the text above “Save our Tomales Bay – Part 31 Tires do NOT belong in the bay” to see this entire post.

Today is coastal cleanup day. Good to see people getting out and taking care of the planet.

I usually take this day off from picking up trash.

It would be better if this event took place in December, or January, when the beaches are covered with garbage. Having it in September gives people a false sense of the situation. There is relatively little trash on California beaches in September.

I know, having the masses out on beaches during the stormy months is more hazardous. Well, life, when you live it, is hazardous. So I vote for this event to be on January 19th instead.

We could celebrate my late friend BZM’s birthday too, as opposed to his death on this day in ’99. caaw caaw! 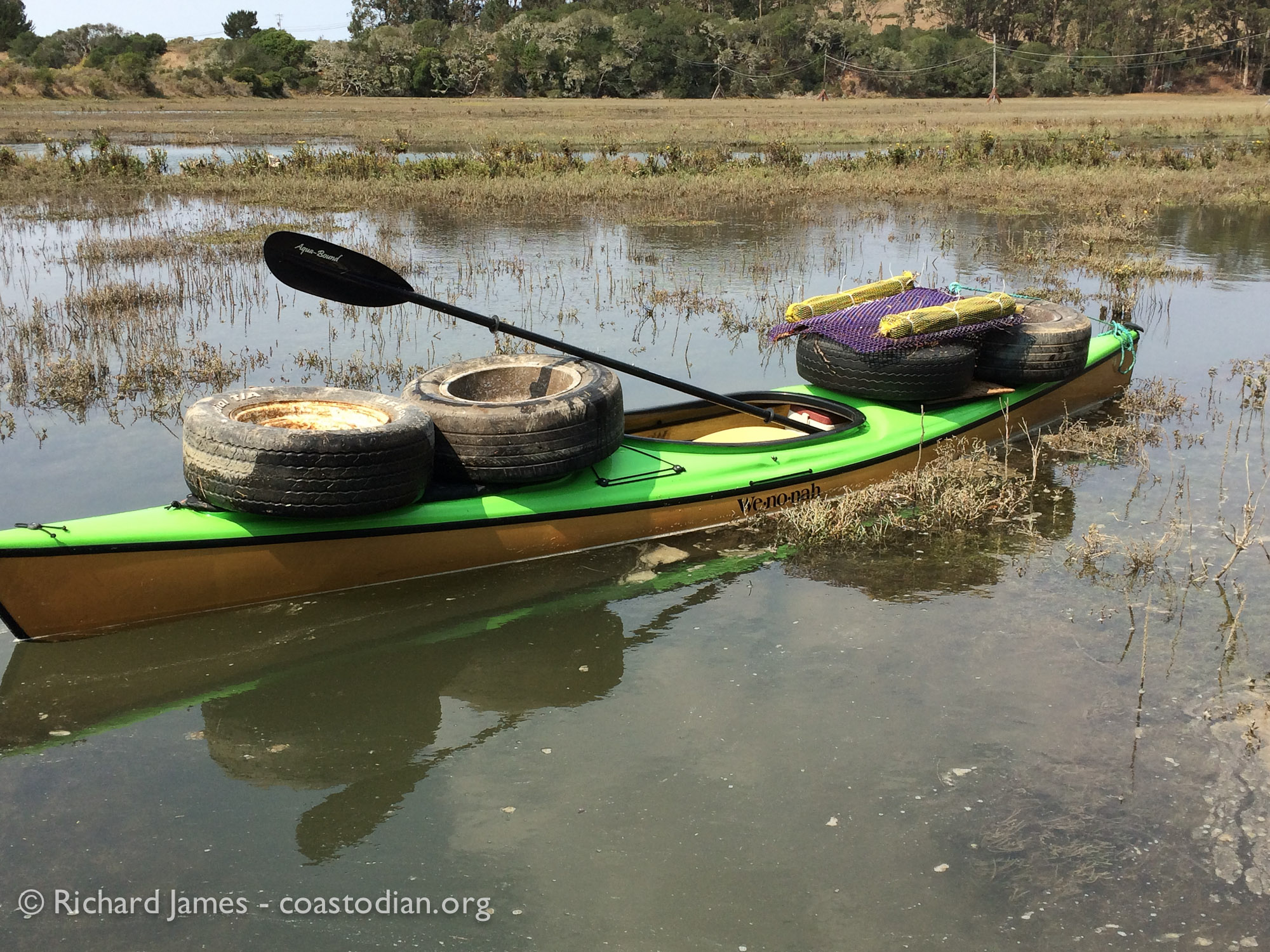 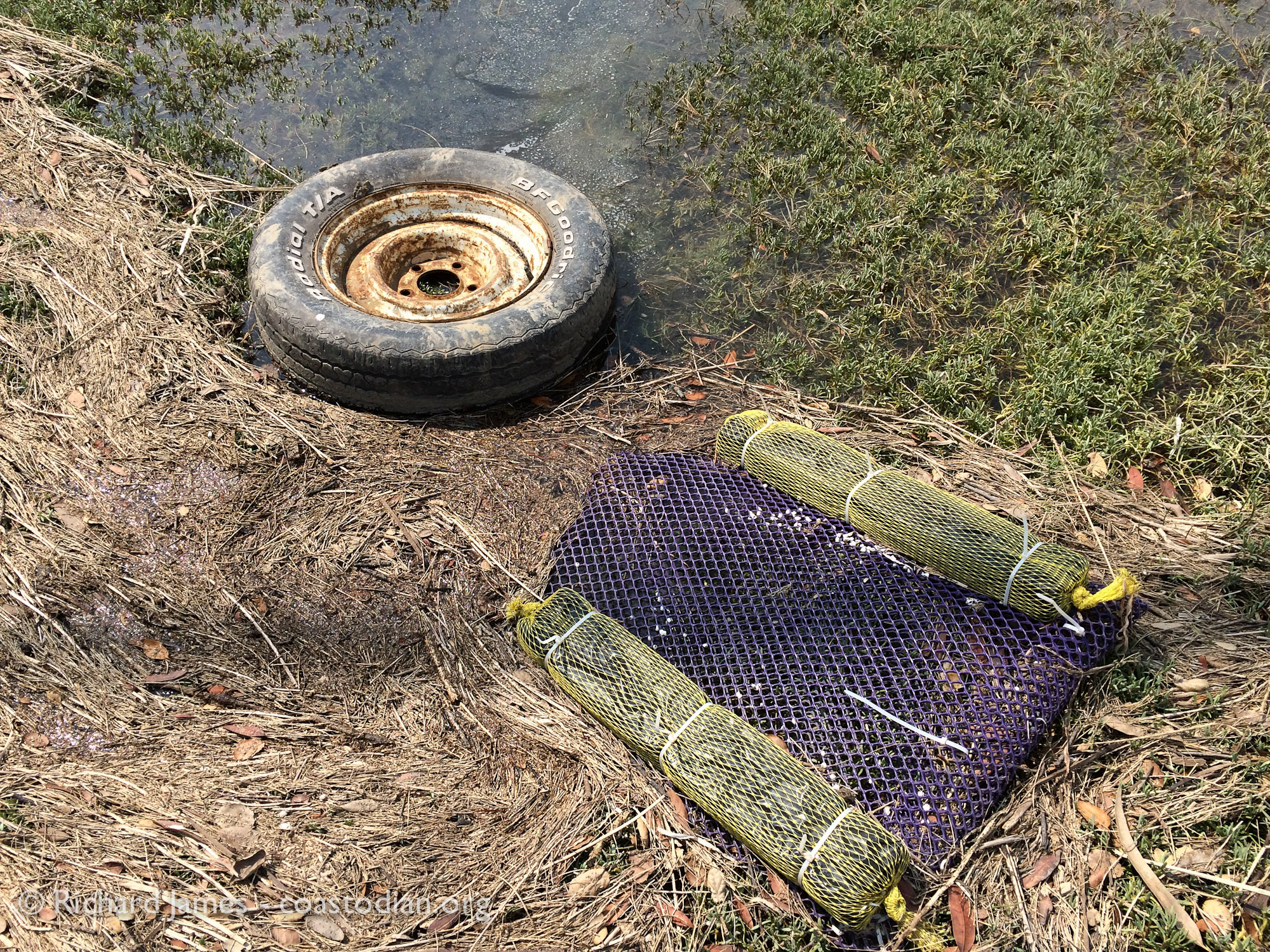 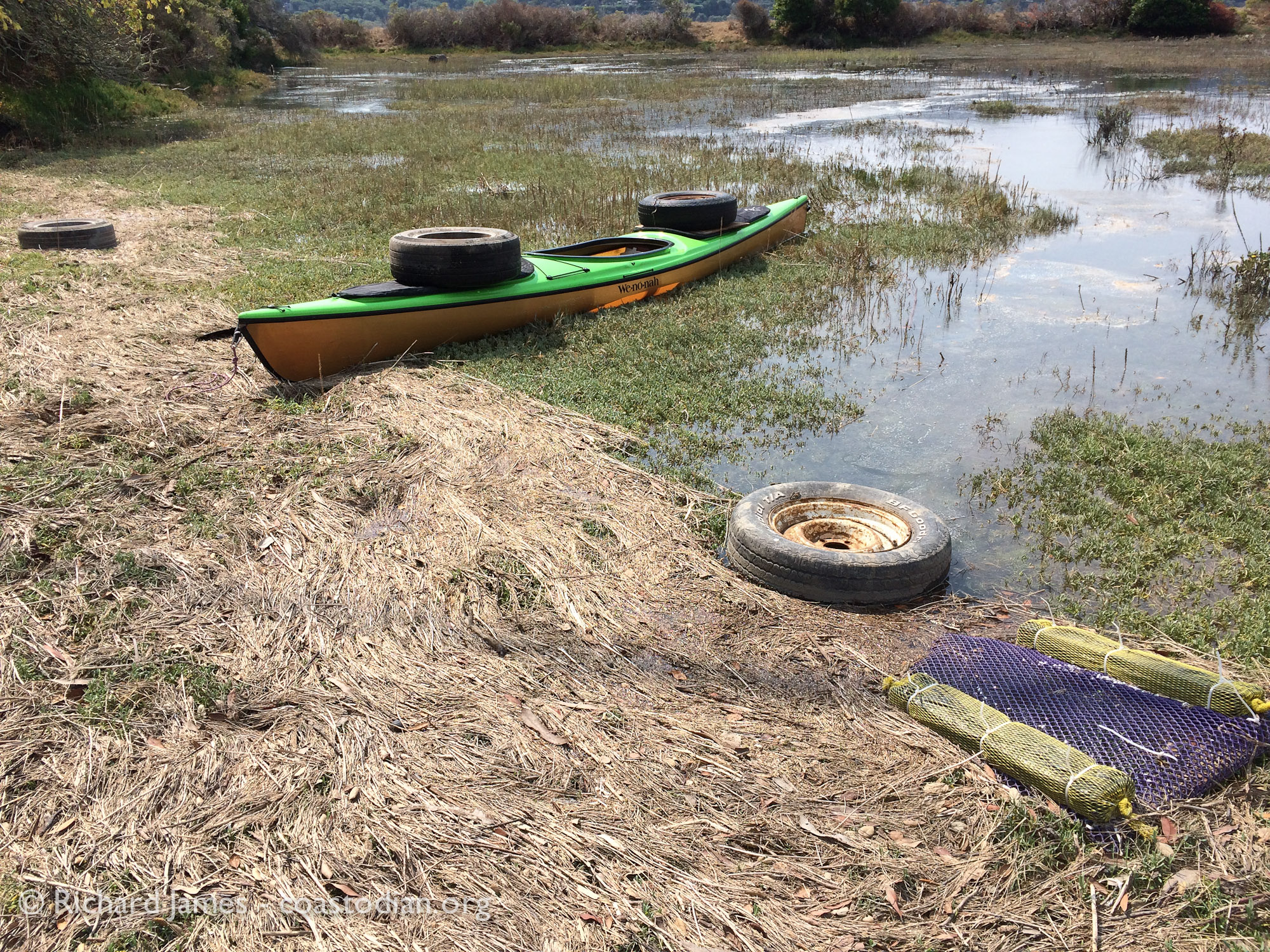 A joyful lunch was then enjoyed, thanks to Monica. Thanks Monica. 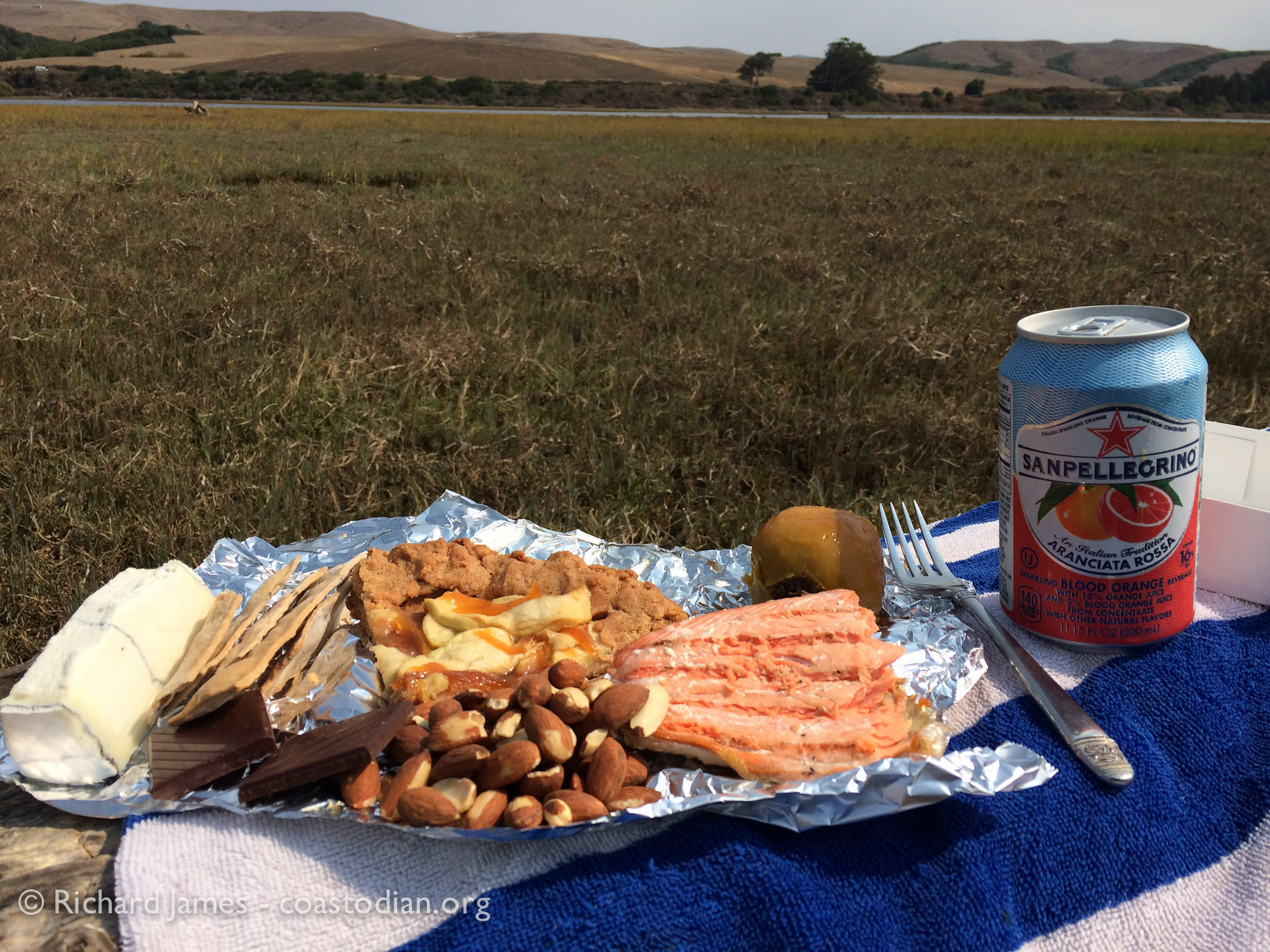 It sure would be great if people stopped tossing their engines, tires, couches and TV’s into Tomales Bay.

Please, when you read this, go find the person nearest you, look them in the eye and say “Please don’t toss any engines, tires, couches or TV’s into Tomales Bay.”

Speaking of tires in Tomales Bay

Who else thinks Tomales Bay would be better off if this garbage at Marconi Cove were removed? By my count there are over 200 tires at this site.

Have a look below, then let me know who we should write to ask about cleaning up this disgraceful situation.

Tomales Bay deserves better than this! 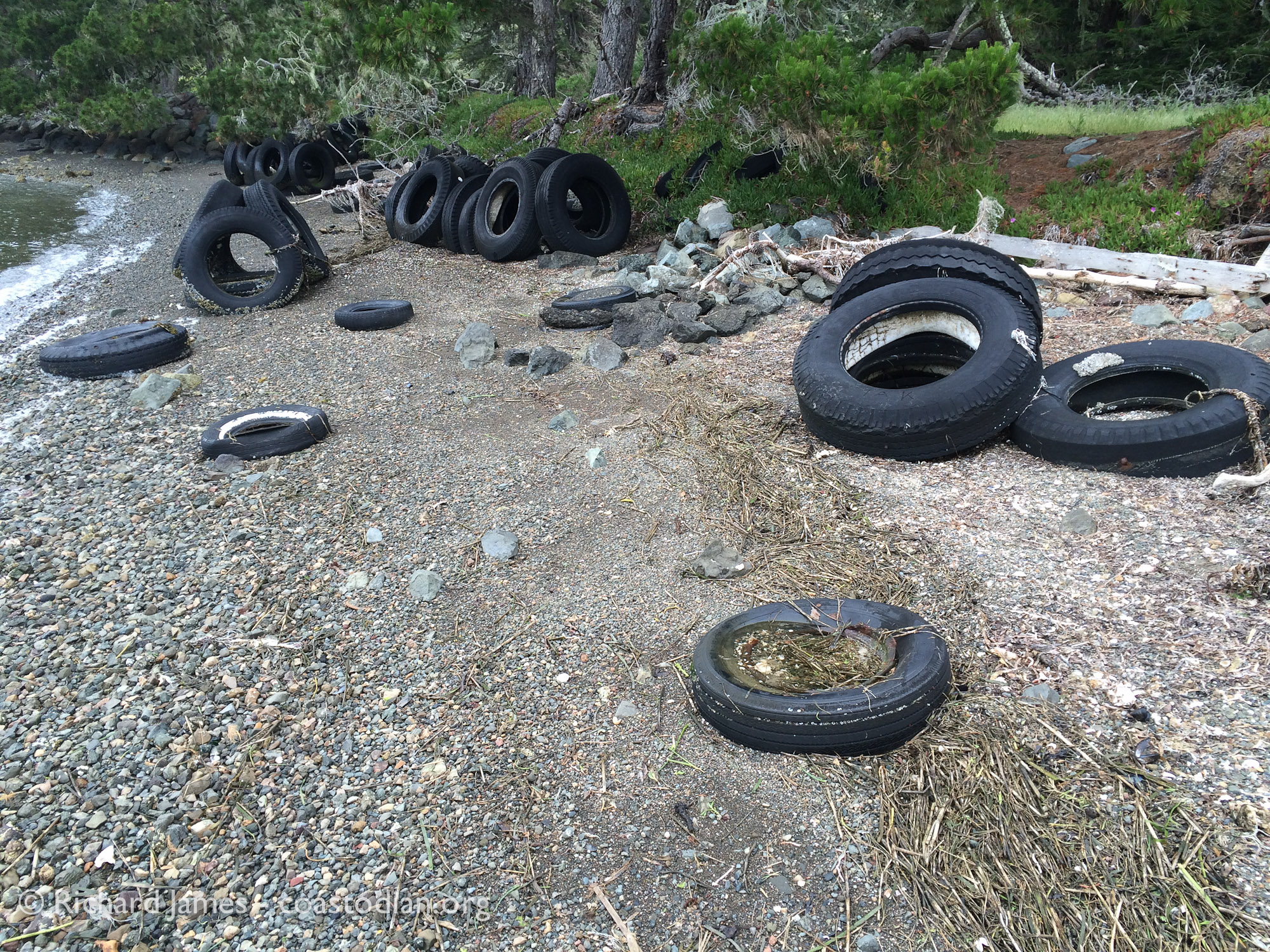 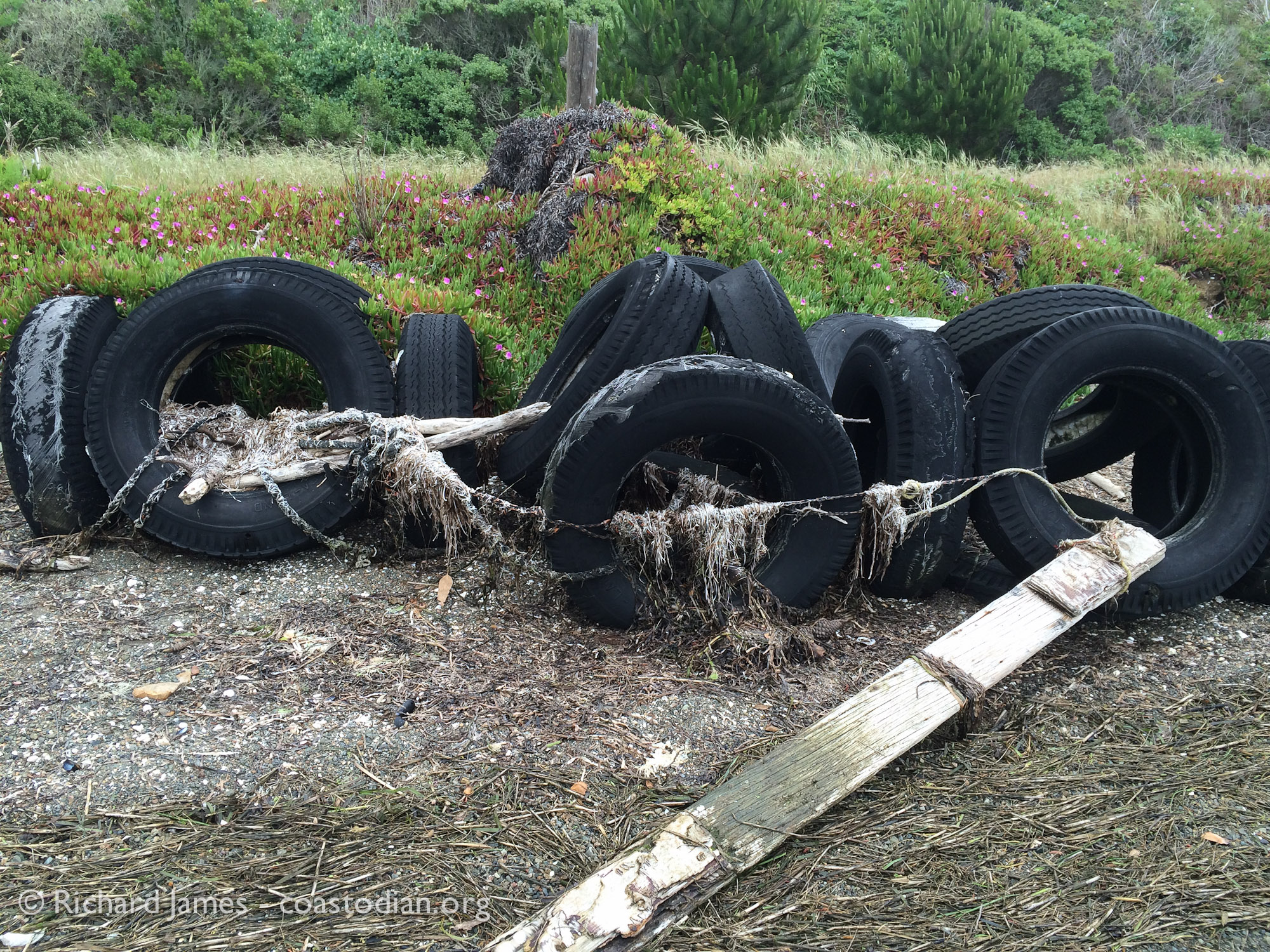 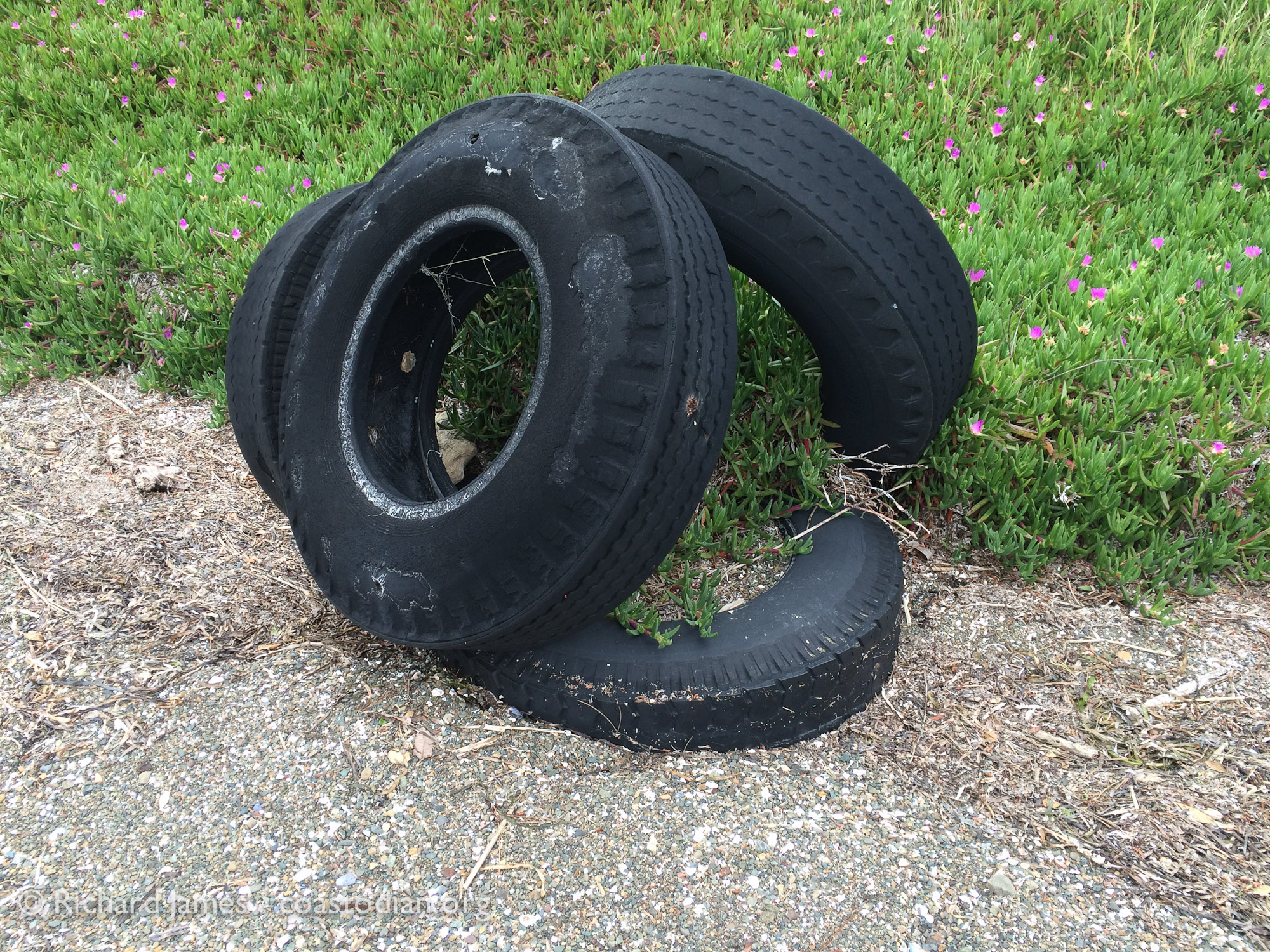 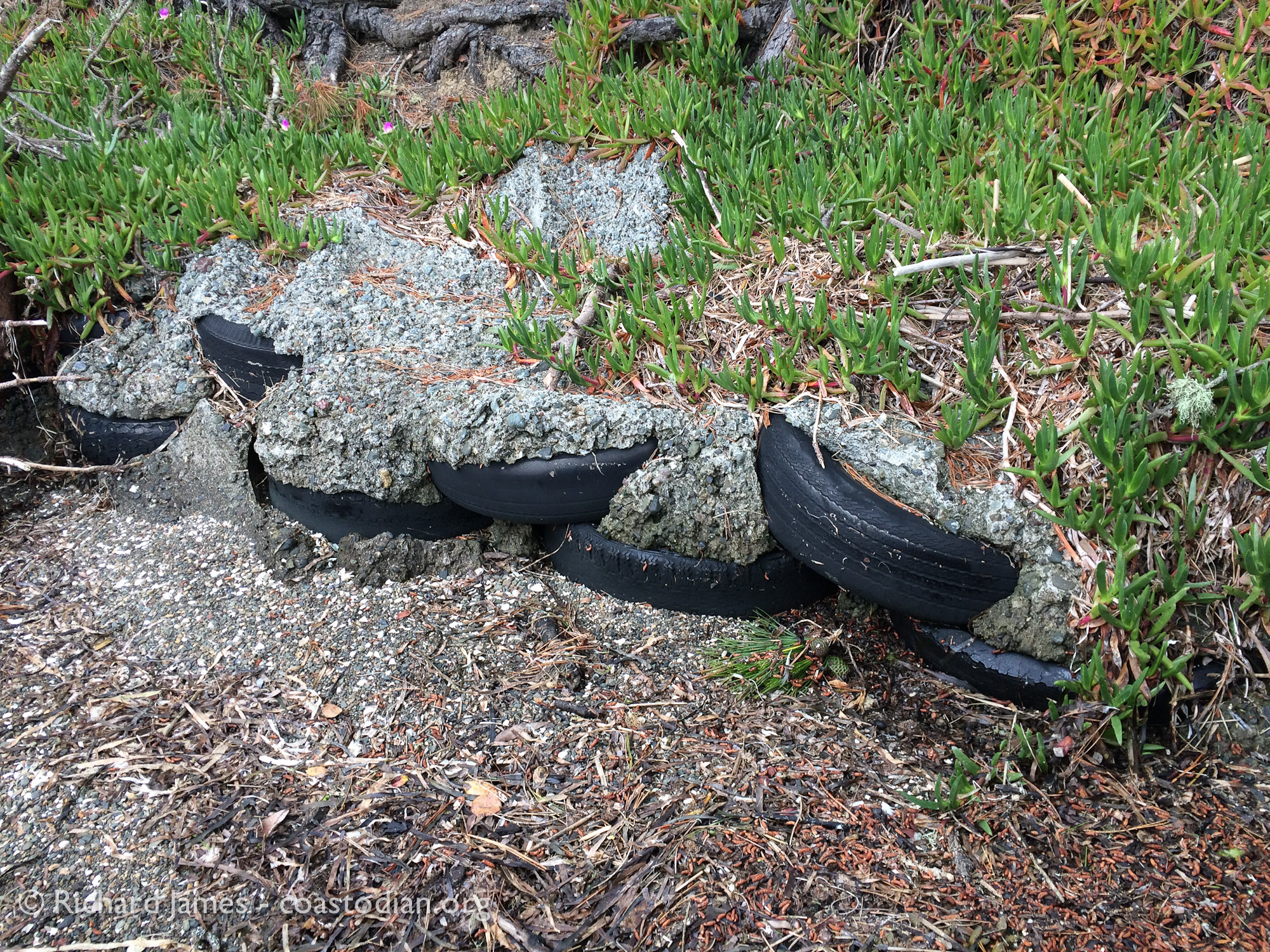 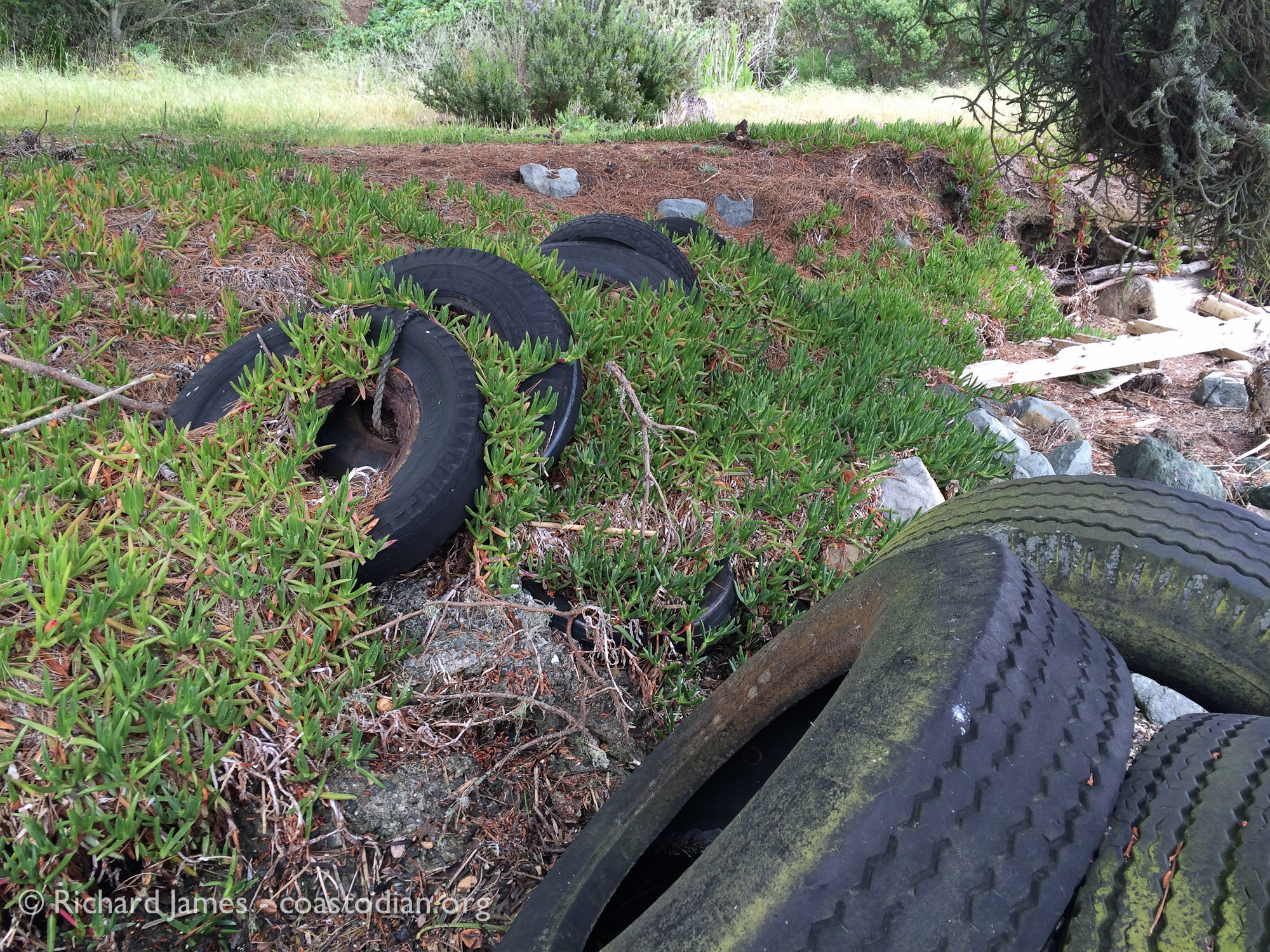 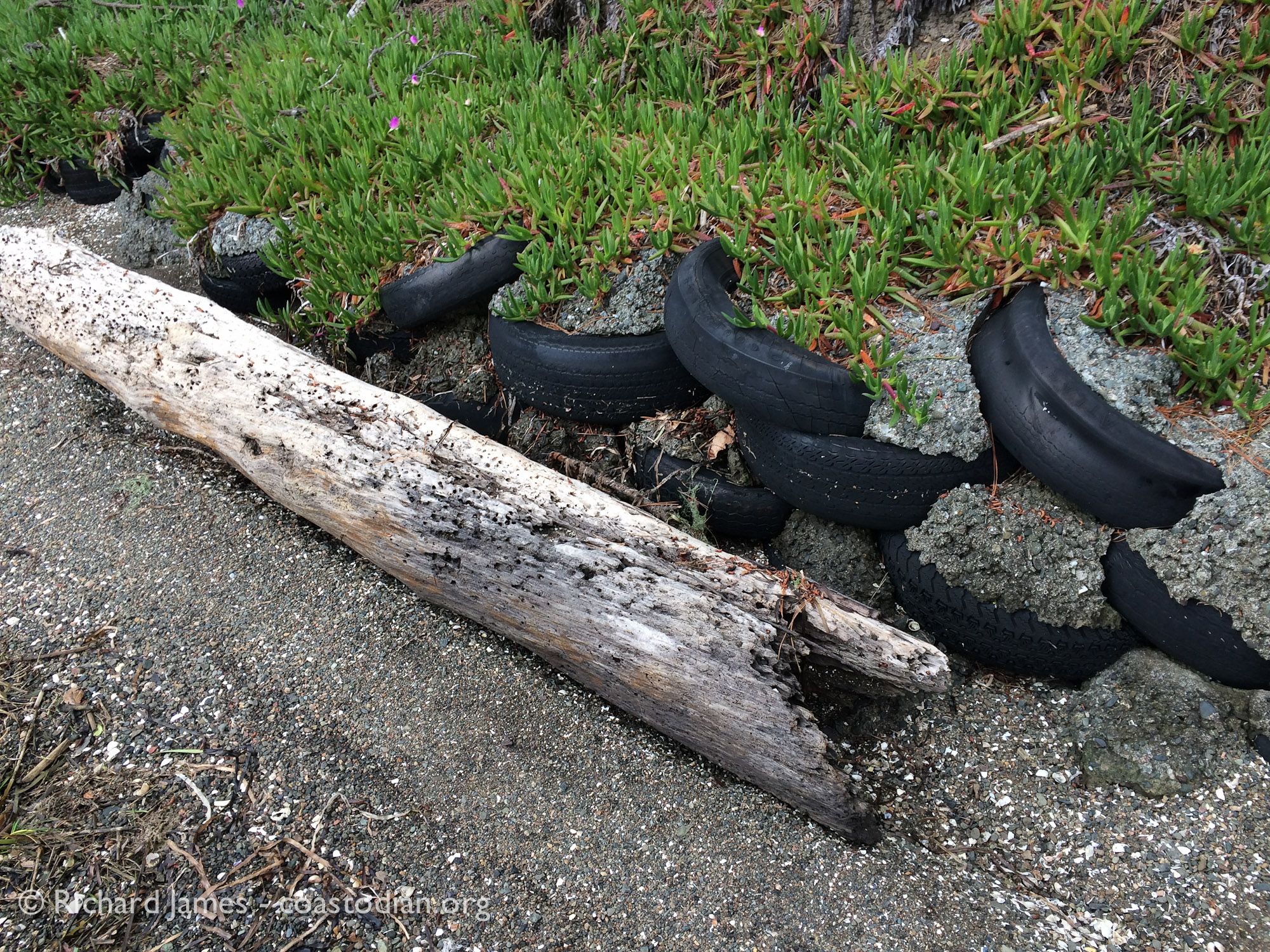 Click on the words above “Save our Tomales Bay – Part 30 roadside fishermen trashing our shoreline” to see this entire post.

If you hadn’t noticed already, I take umbrage when people mindlessly (or mindfully) leave trash in or around Tomales Bay.

Out of town people (no locals would do this, would they?) like to set up camp alongside route 1 just South of Tony’s Seafood and fish. No problem with that.

But I have a big problem when they leave their beer cans, surgical gloves, bait, bait boxes etc on the rocks, in the water along the road.

If you know who is doing this, please ask them to stop leaving their trash along the bay.

If it keeps happening, these fisher-folk will need to find another place to try their luck.

I’ve twice spoken with a group that comes down from Sebastopol, explaining the situation as I see it. They said they would spread the word, as well as pick up trash they find.

The same goes for the fishing shack further south. If I keep finding that place covered with trash left by fishermen (likely local people), I’ll lobby hard for it to be removed.

If you folks love coming out to enjoy Tomales Bay, then damnit, stop trashing the place! Or you may find the welcome wagons circling and not so welcoming.

The images below show what I recovered from the same two locations just south of Tony’s the past two weekends. 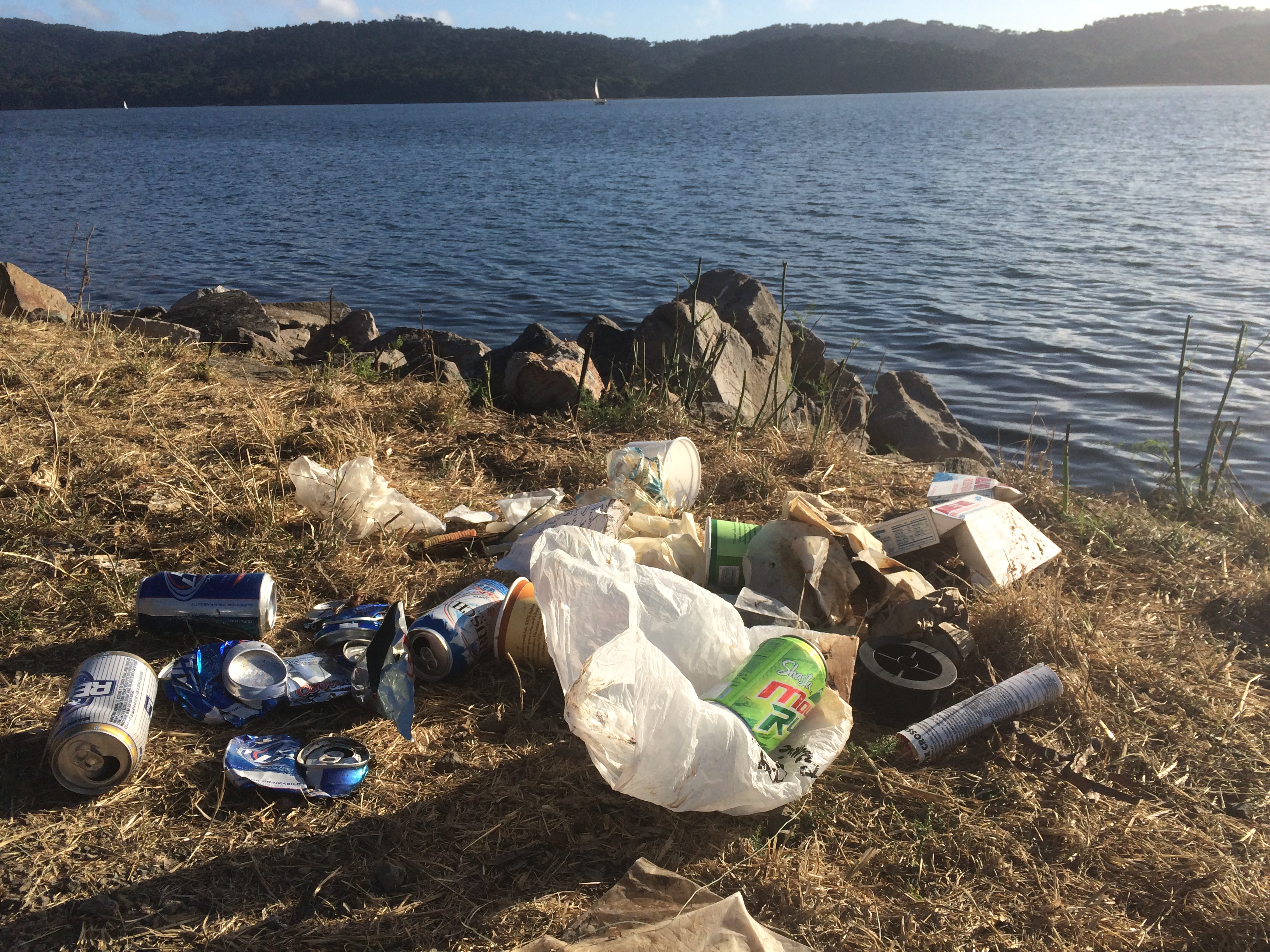 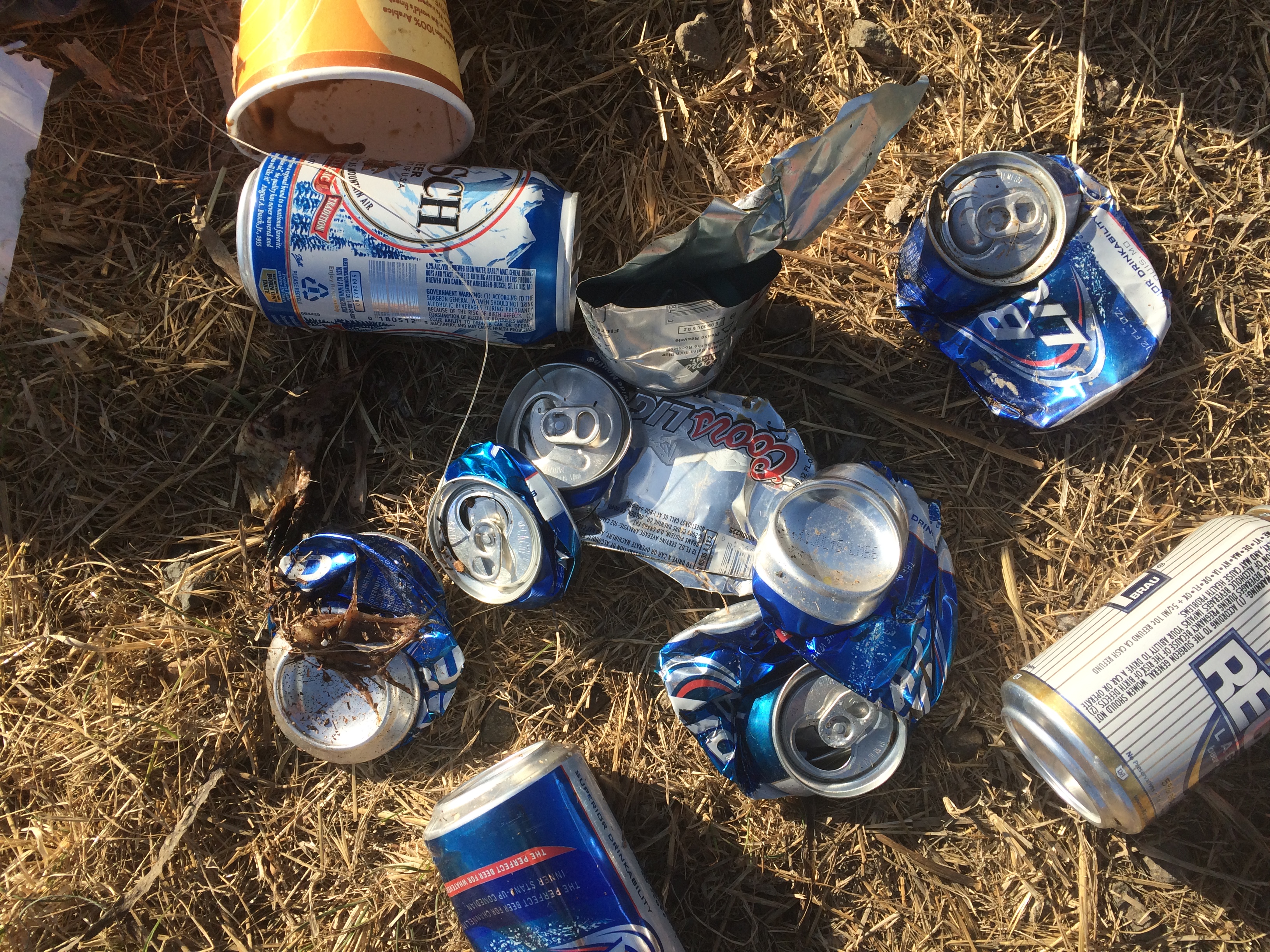 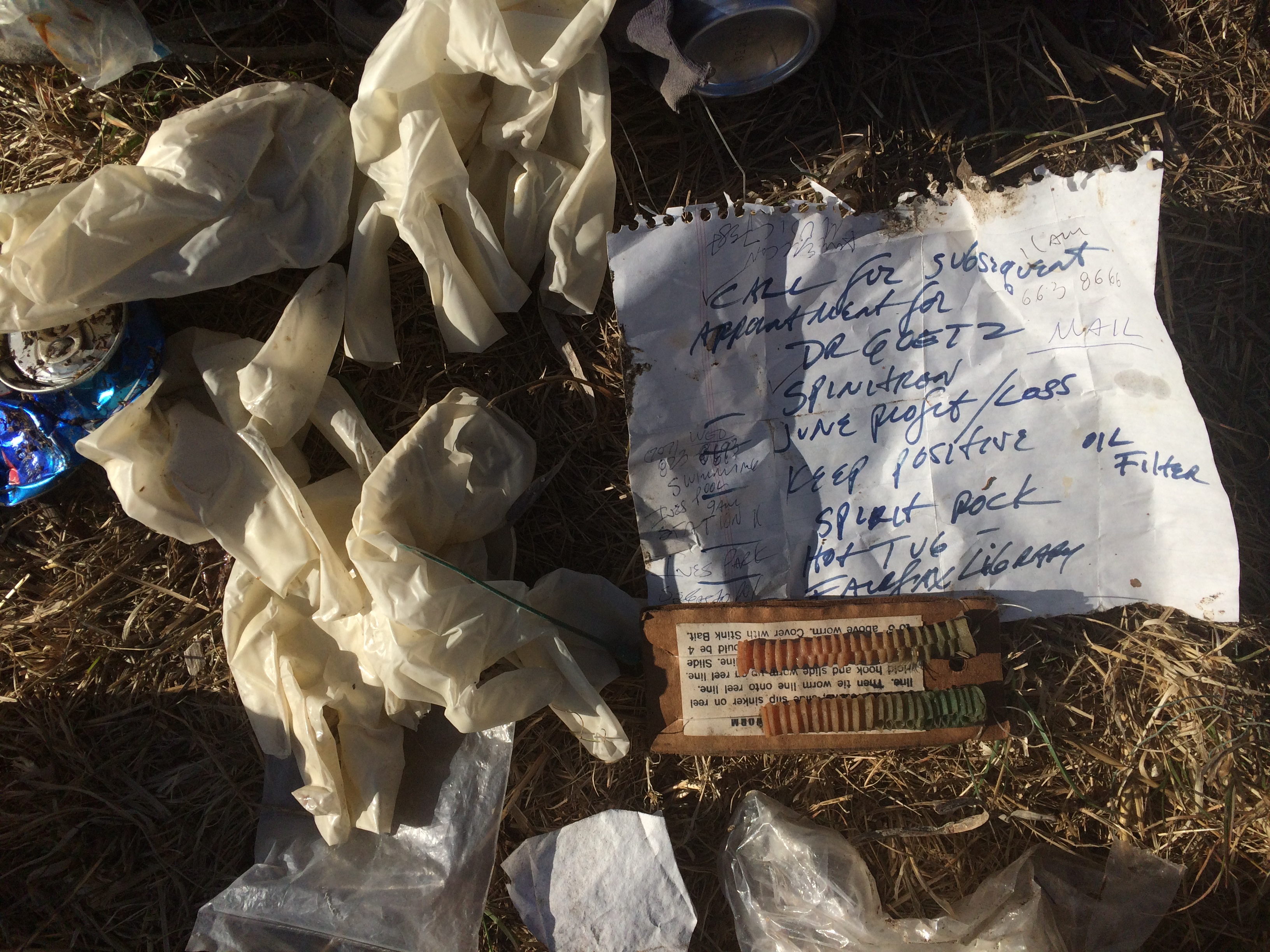 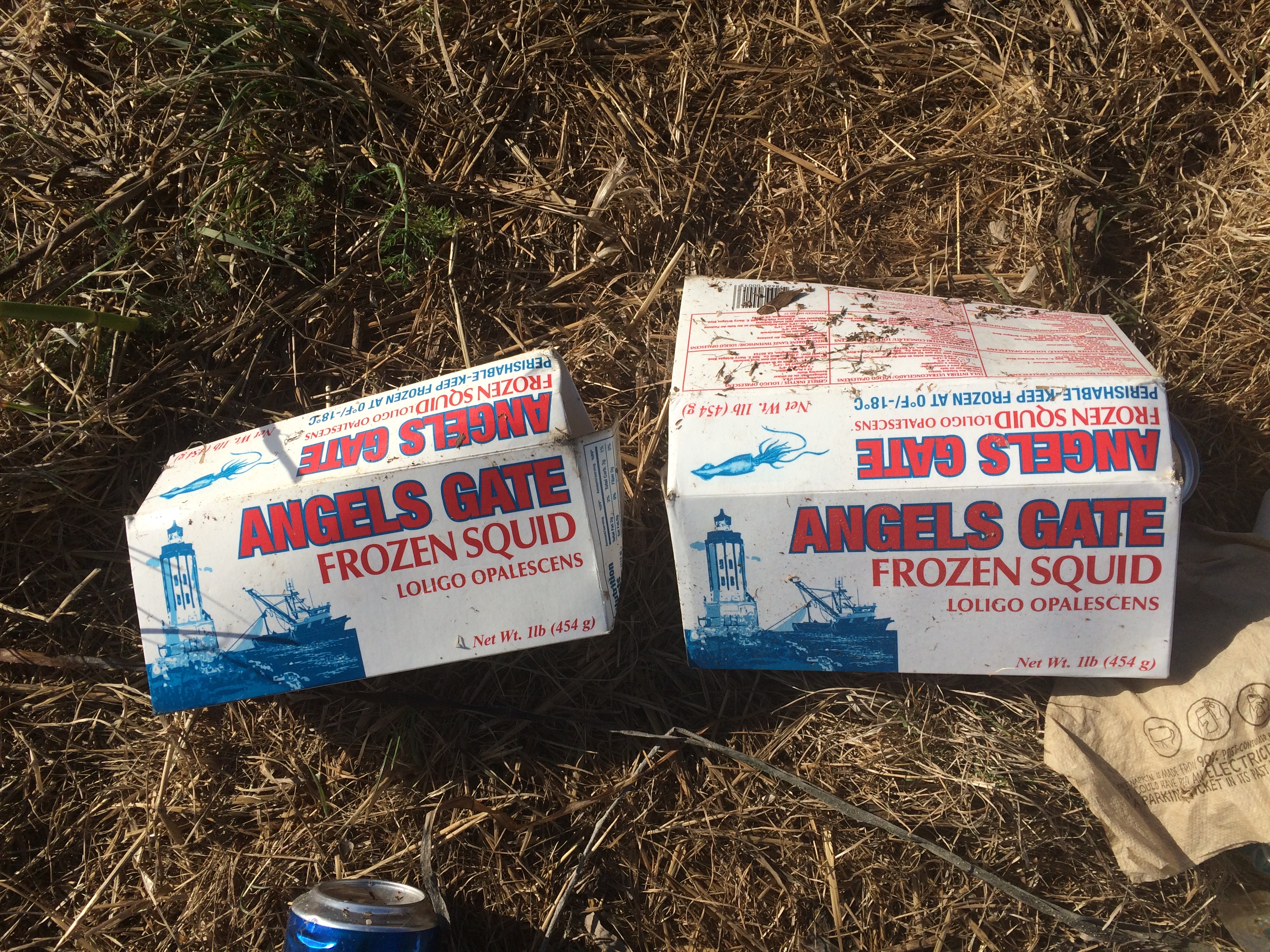 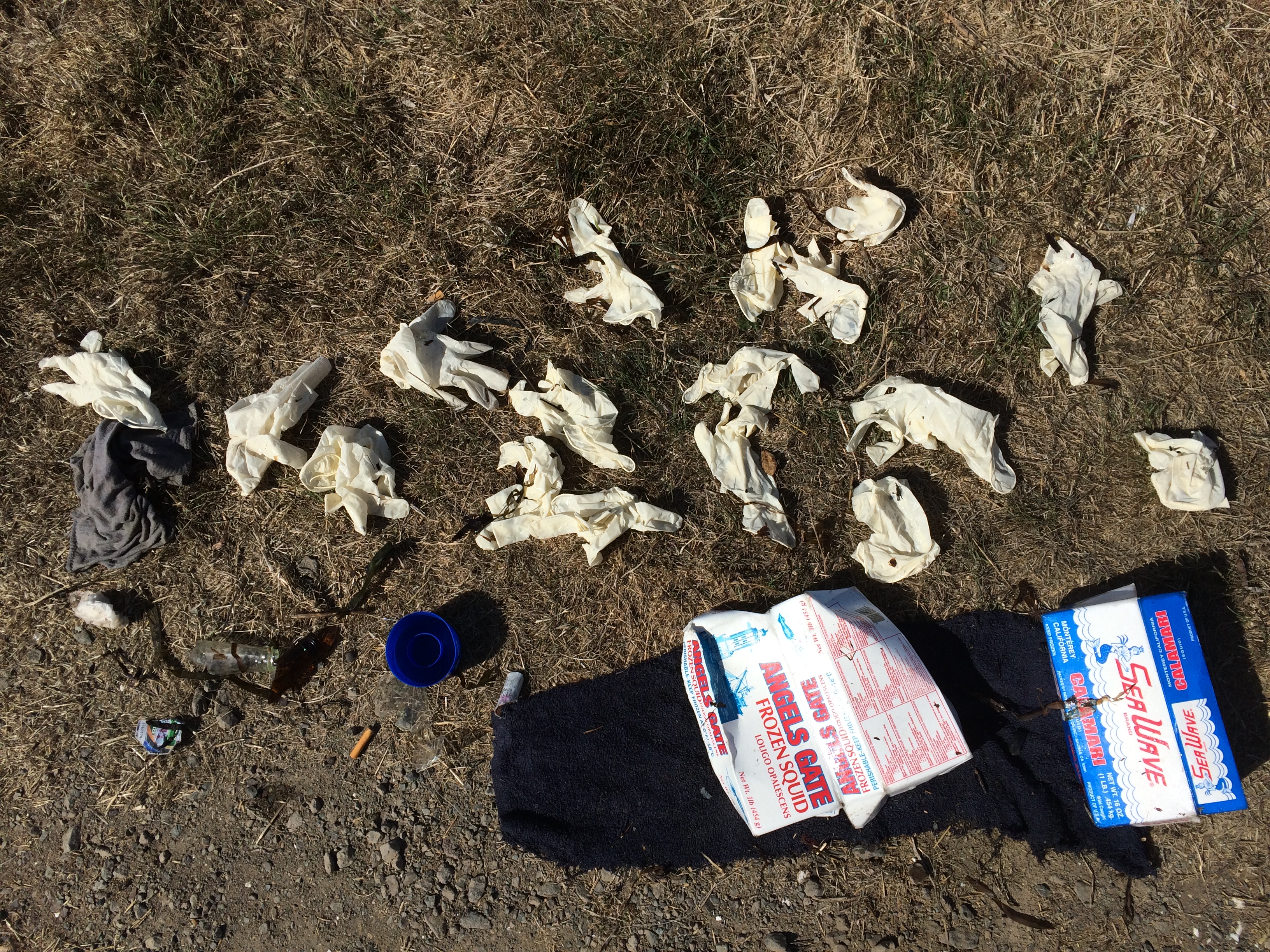 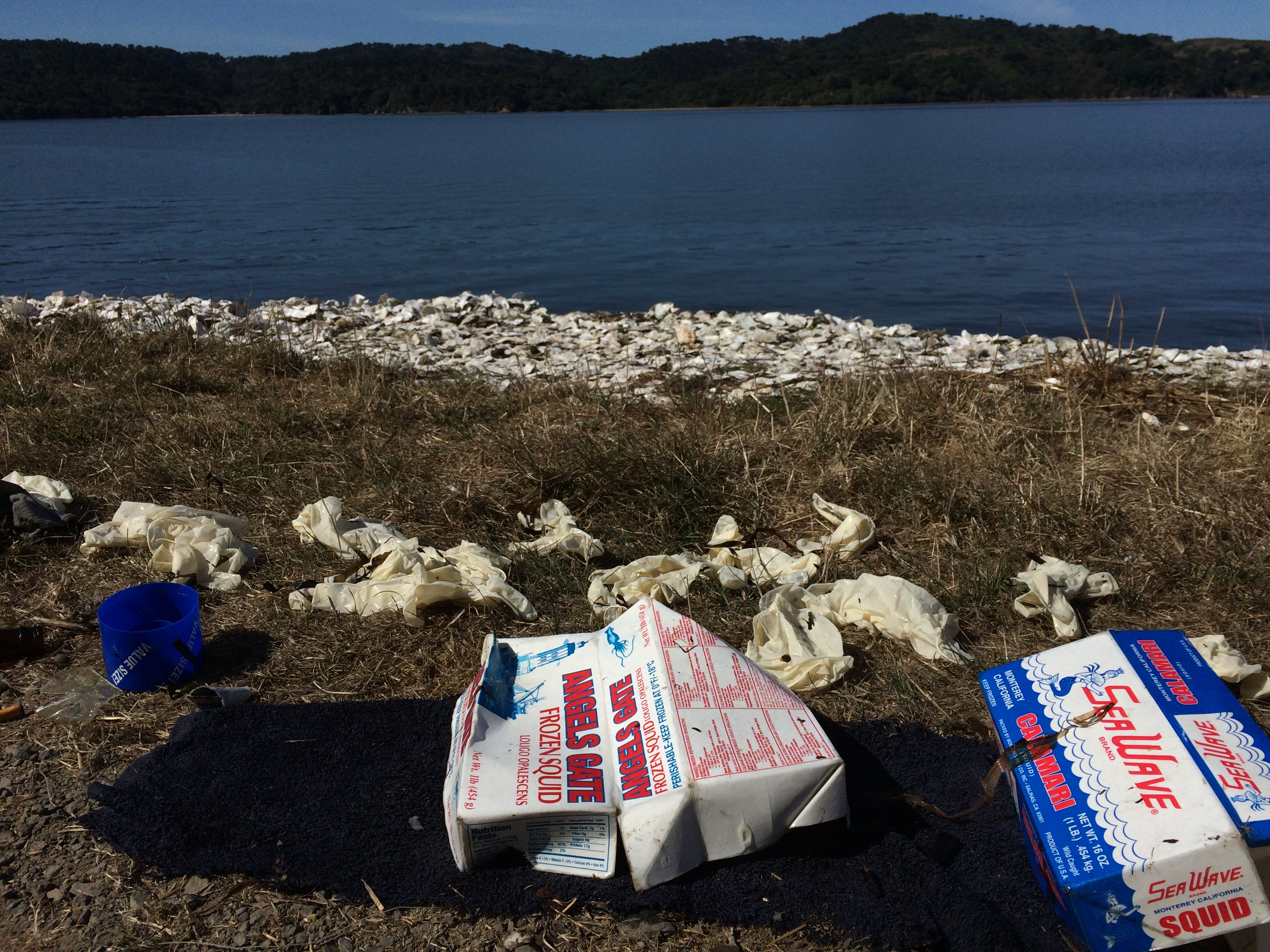