Click on the words above “Can we please have a beach without needles & human waste?” to see this entire post.

Recently while visiting the east shore of San Francisco Bay in Berkeley as I attempt to understand where the dirty syringes I find all over the beaches in West Marin come from each winter, I came upon this image. 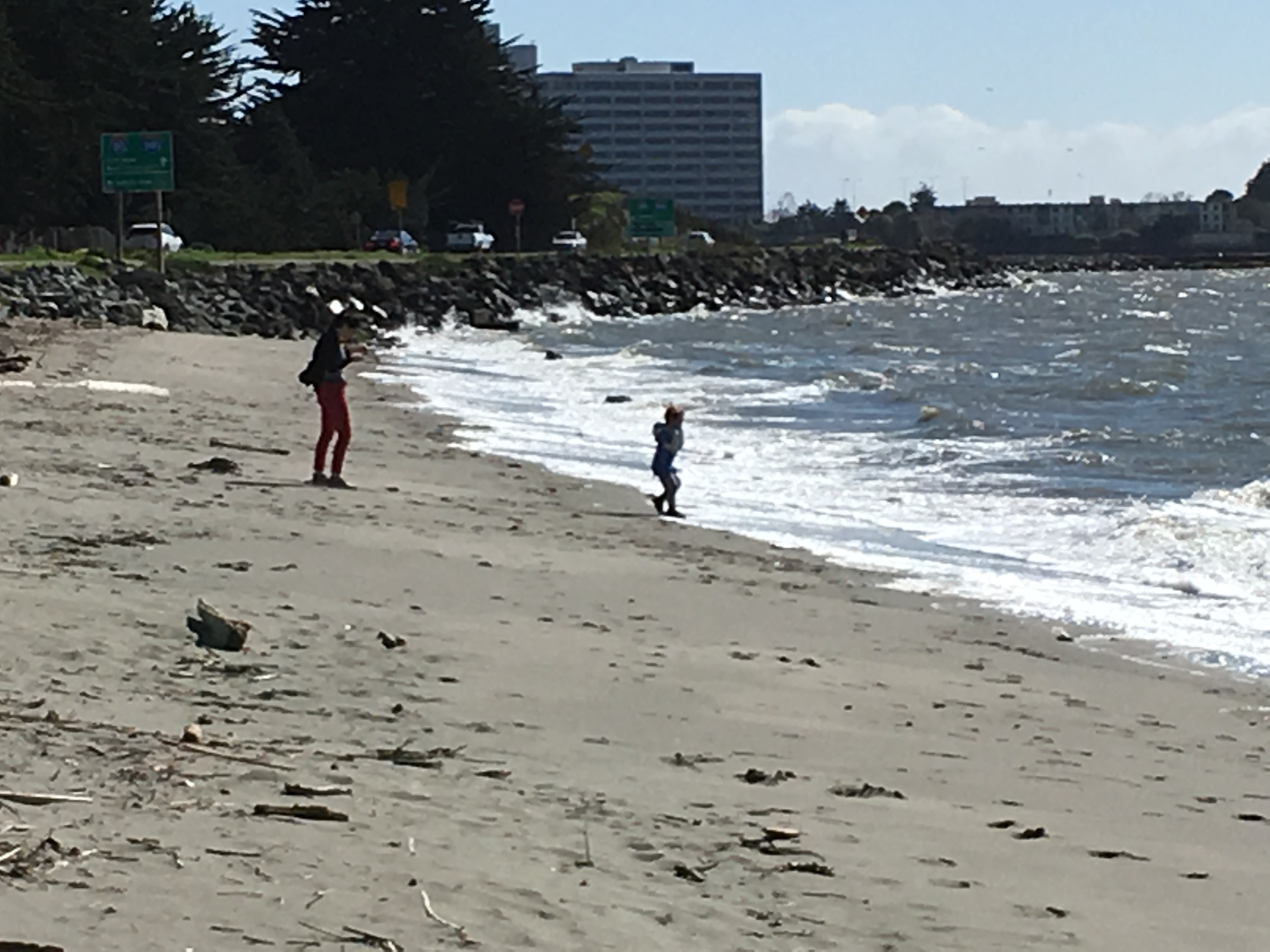 This young mother had brought her son to enjoy the waves.

He is a beautiful young boy. He is also autistic.

His mother’s family took his sister and the rest of the family to Hawaii on vacation.

They did not want him to join them. Which broke his mother’s heart.

He so Looooooves the feeling of water on him.

He would stand as the tiny waves crashed into him, smiling like the giant star he is as each buttery hand washed over him. His smile beaming.

Occasionally the water would knock him down and his mother would rush over and help him up if he was unable to right himself.

I watched with swelling heart for a few minutes. He was in complete bliss.

Slowly I approached his mother and explained that this beach was often covered with raw sewage, needles, condoms and other unhealthy items.

I held up a plastic water bottle with the several dirty syringes I had just picked up from this tiny sliver of sand adjacent to West Frontage Road, itself adjacent to Southbound 80 near Ashby Avenue in Berkeley CA.

She sighed and ran to help her son up from the toxic water.

Again his smile shone like a thousand blazing suns as he relished the feeling of the water caressing him.

How blessed I am to live where I do, so close to dozens of beaches mostly free of used hypodermic syringes and bags of human shit tossed from homeless individuals living in their cars alongside a roaring ribbon of pavement and cars busy taking people god knows where to make the world a better place with the likes, instagrams, ubers, airbnb’s and all manner of progress(?).

I shared with his mother how to get to one of the brilliant beaches I am blessed to live near, giving her a map with directions. I hope she brings him there soon.

She thanked me for my efforts and for sharing with her a beach to take her son to that is not covered with human waste and dirty needles. 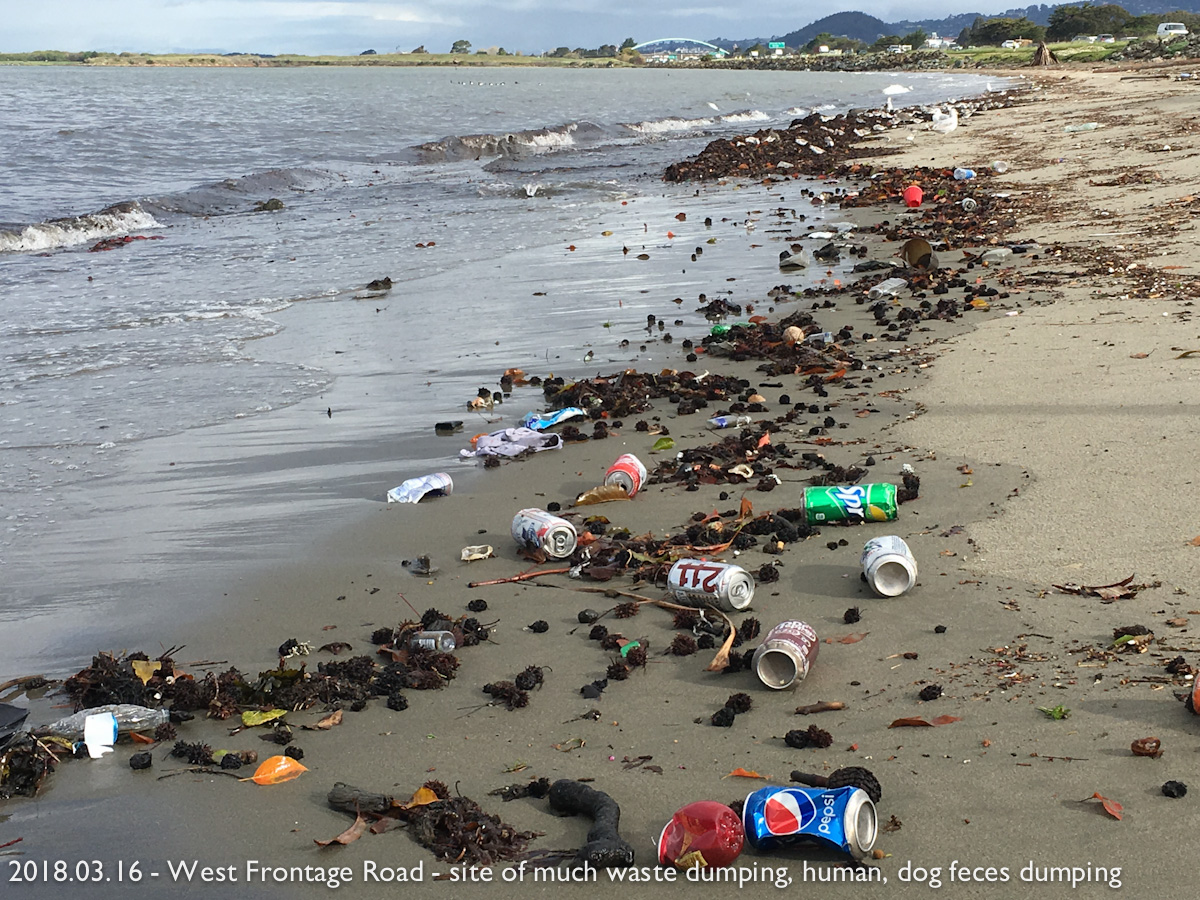 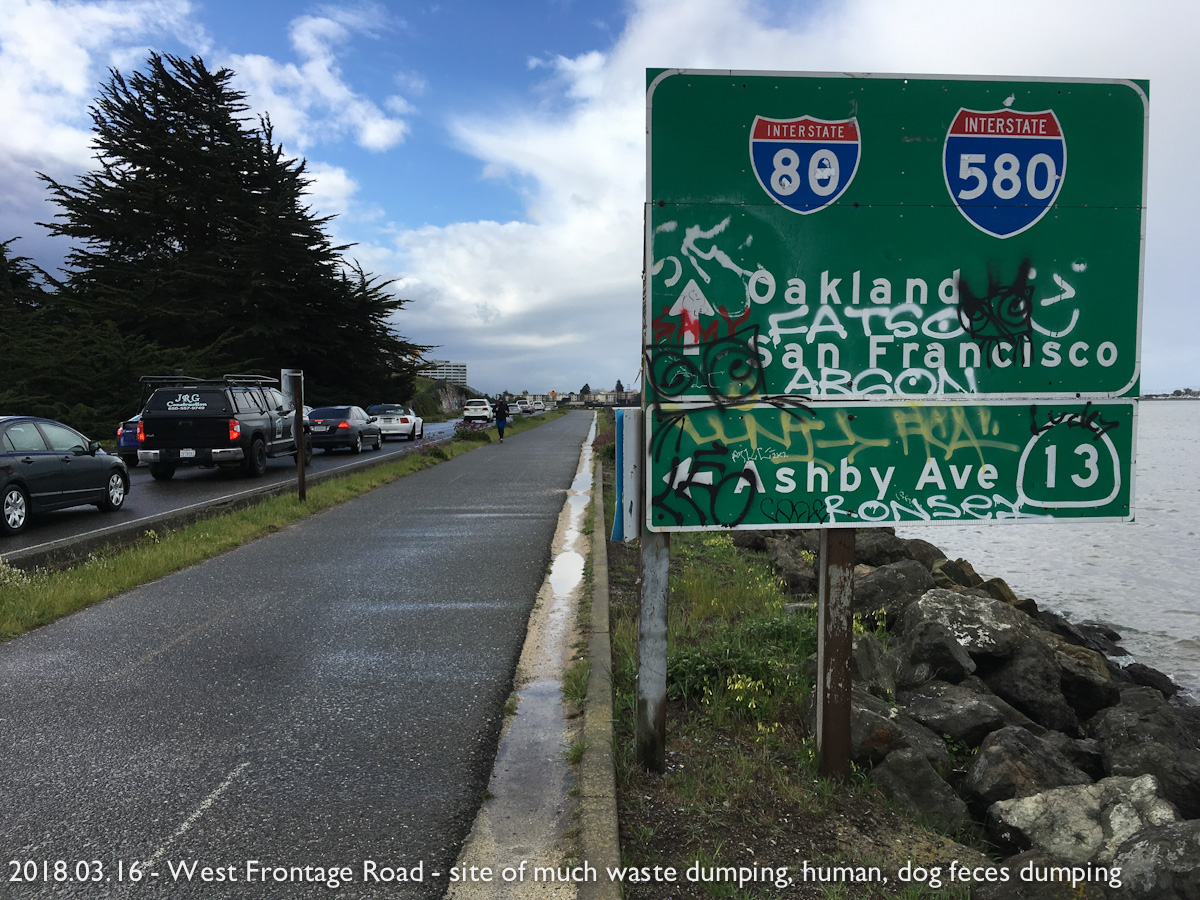 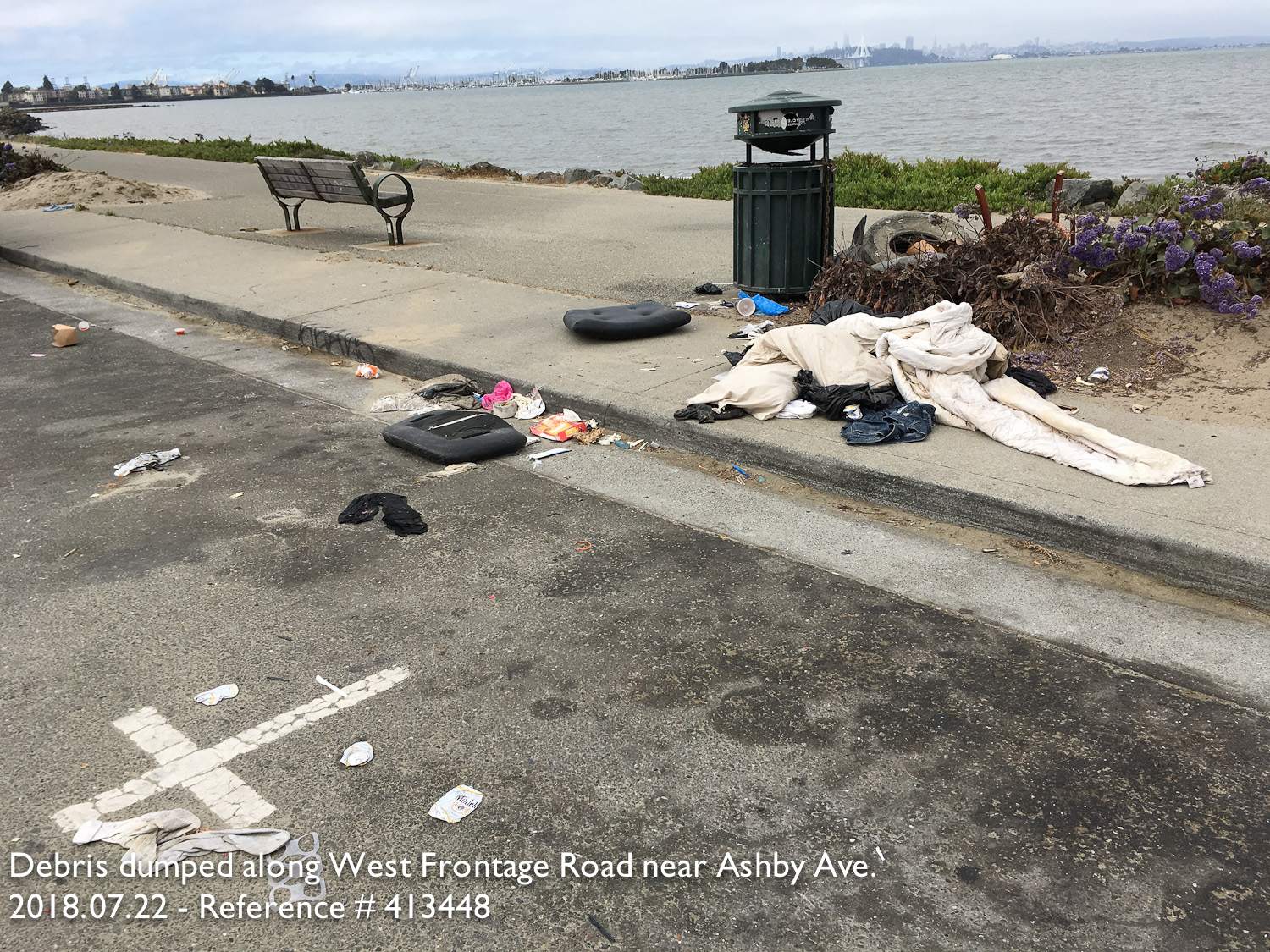 Bag of human feces dropped on road next to SF Bay 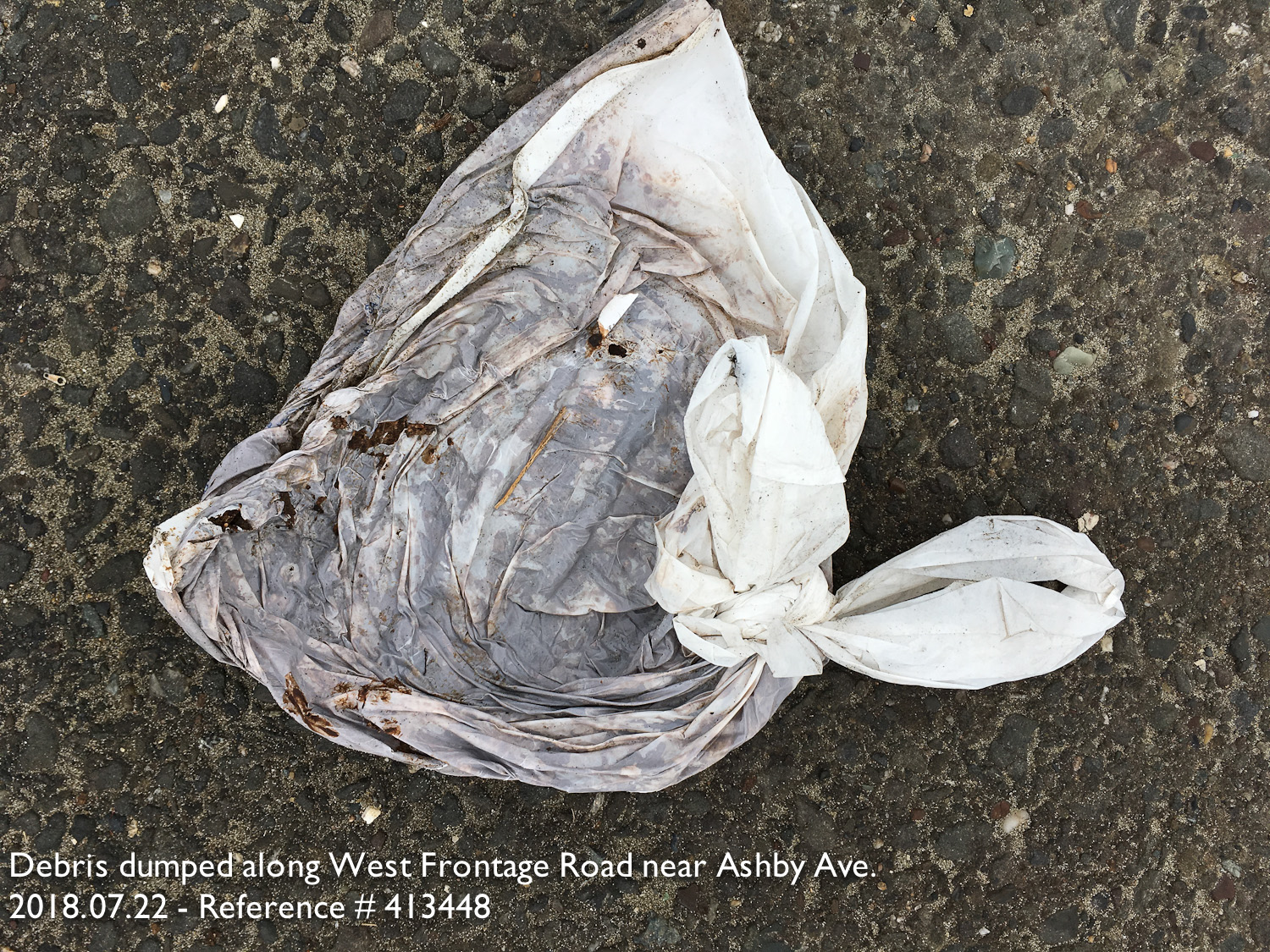 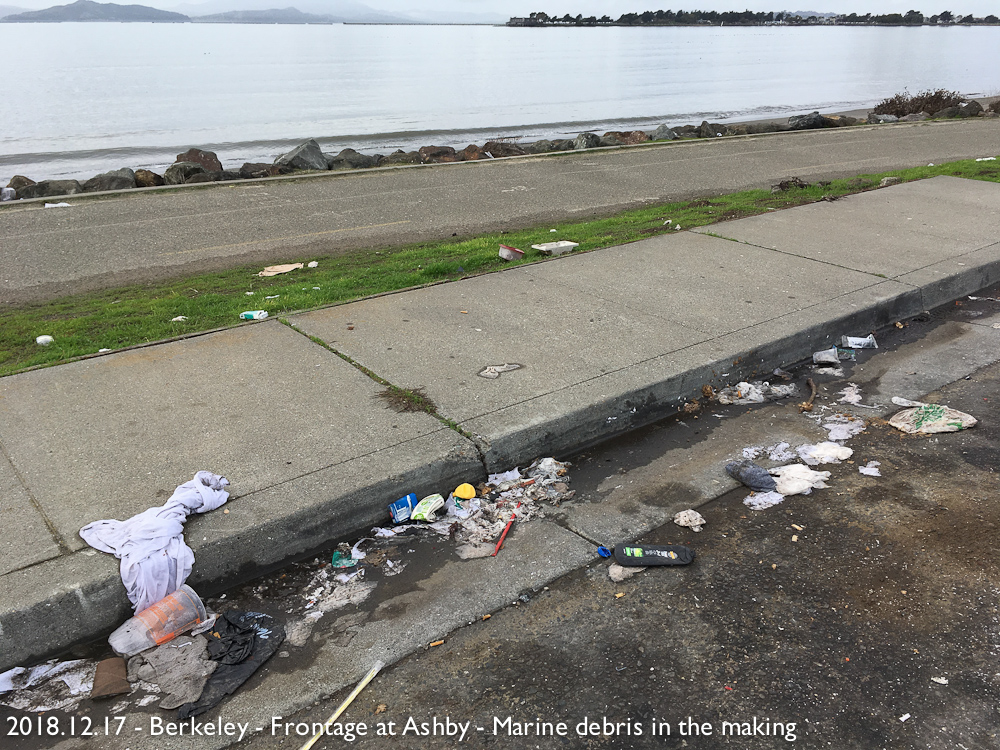 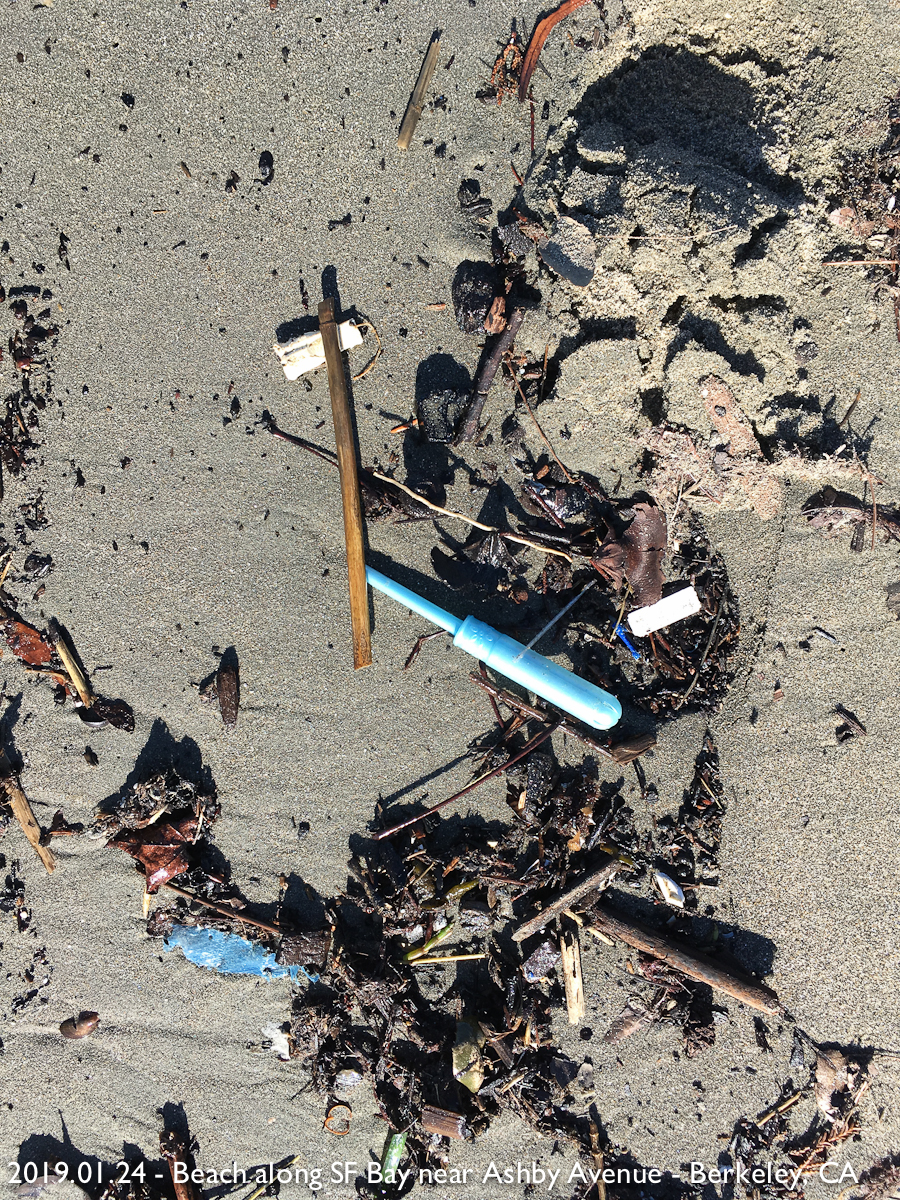 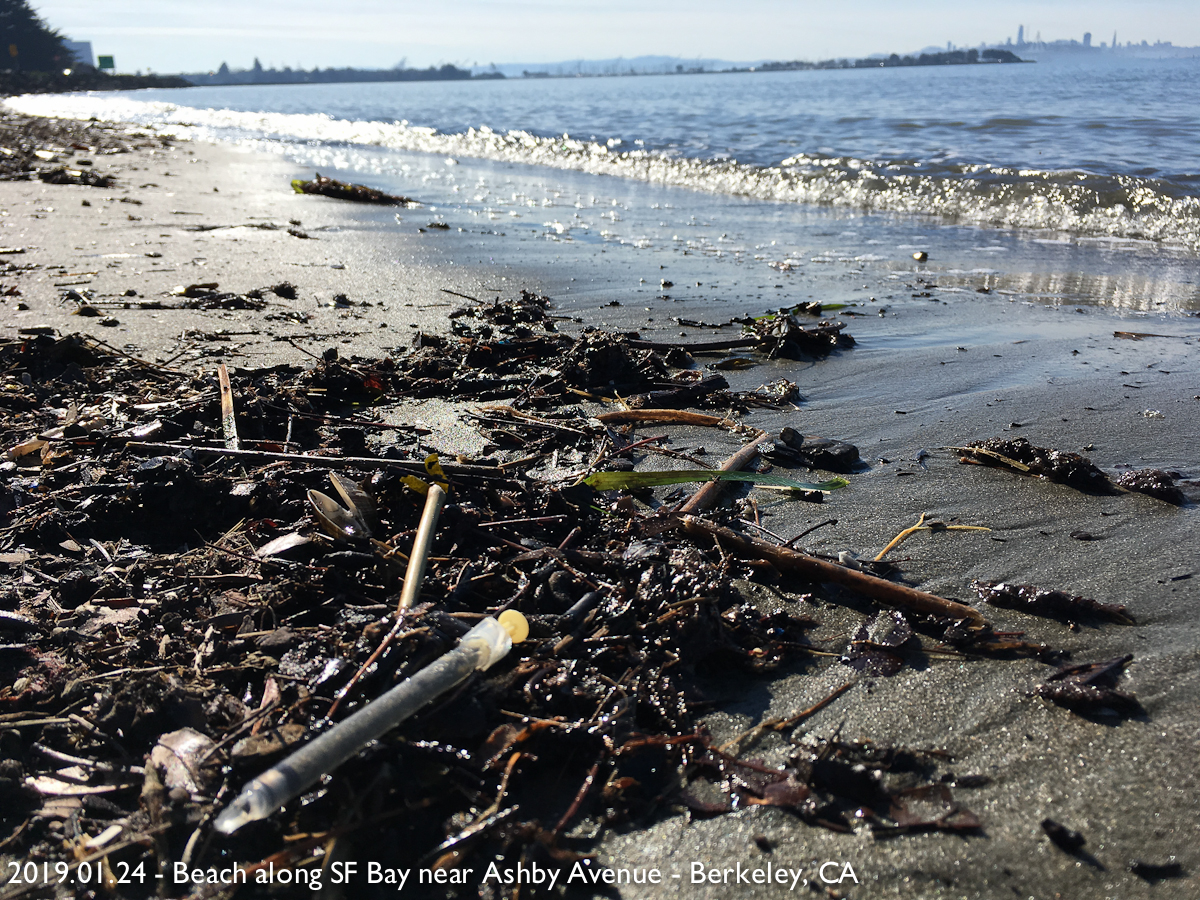 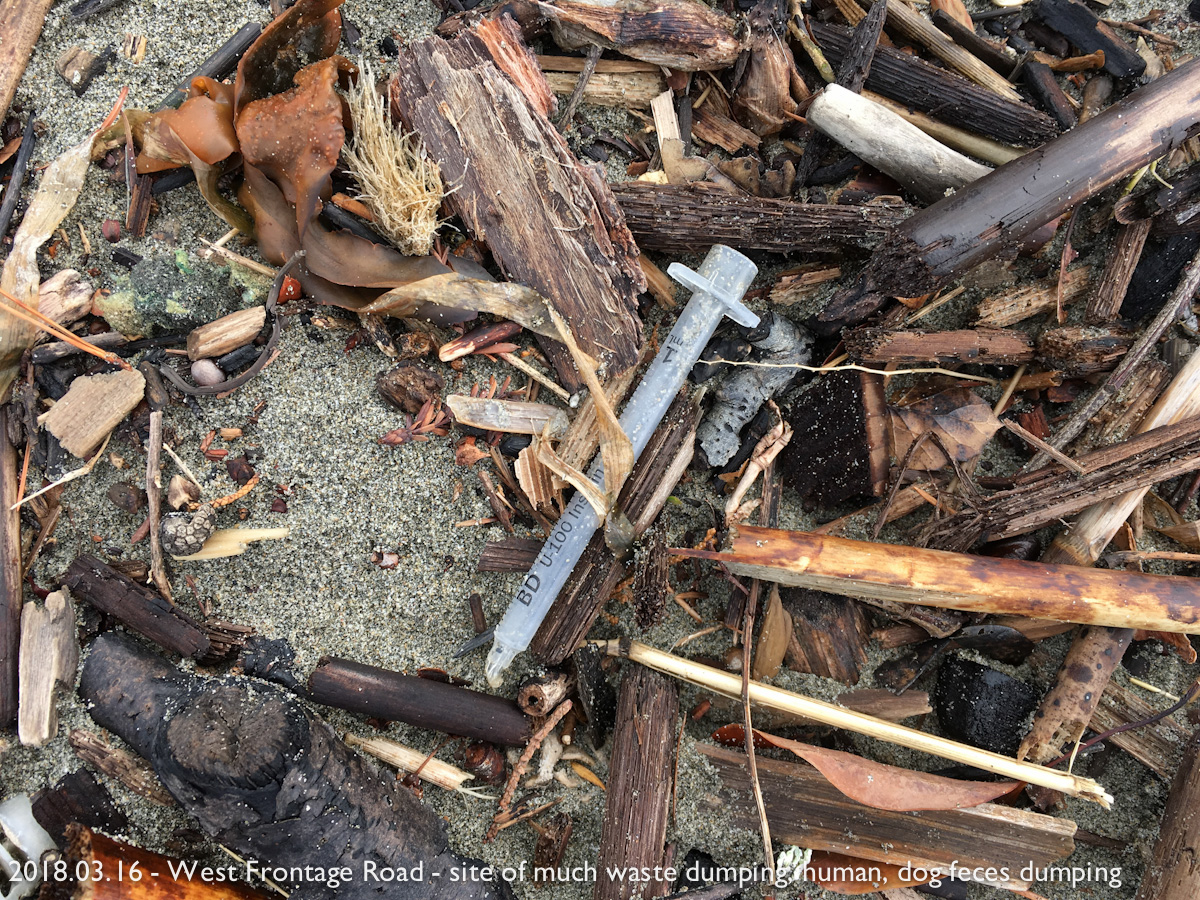 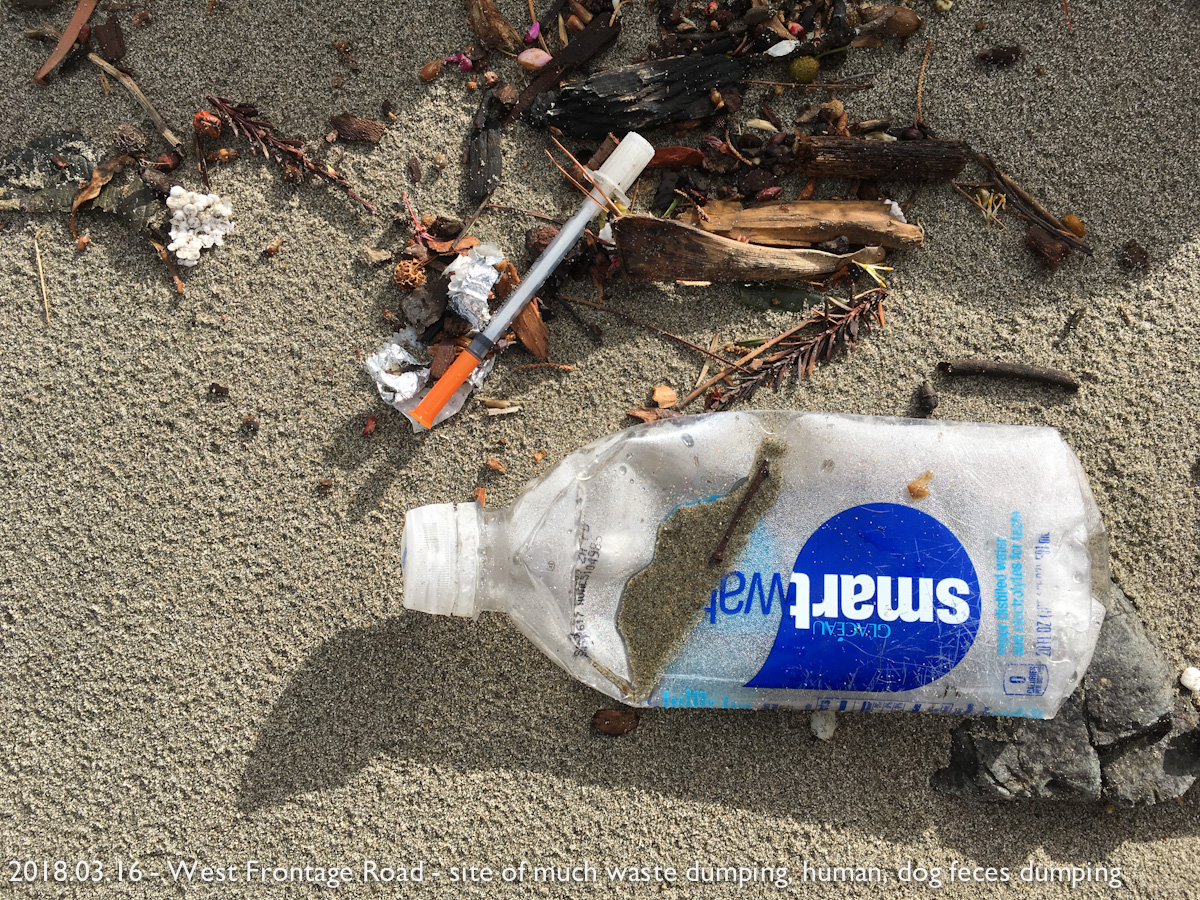