With much happiness I am seeing that the oyster growers of Tomales Bay are continuing to take positive steps to reduce the amount of plastic and other debris their operations routinely lose in Tomales Bay. Further, some are taking steps to redesign their gear to better withstand the harsh wind and waves that are a major factor in gear being lost.

The last several times I have had a look around the usual places where loose gear is deposited after storms, I’ve either found no grow-out bags! Or, only a few bags. An outstanding development from my perspective. Hopefully the number of floating bags carried out the mouth of Tomales Bay into open waters is equally small.

That said, we still have lots of oyster farming legacy (OFL) debris to remove from Tomales Bay. 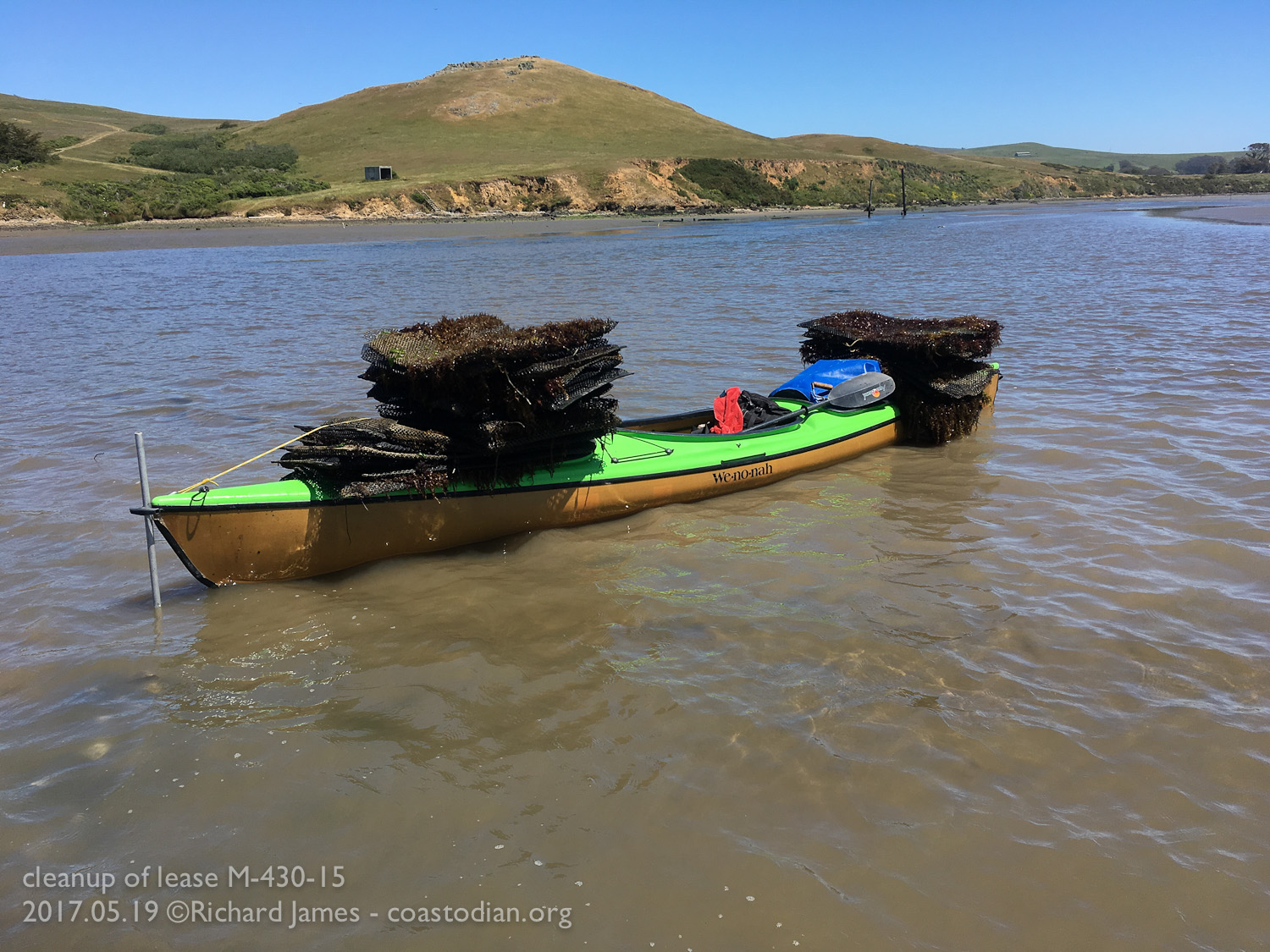 Storms come from the south in these parts. Poorly secured bags and other gear is generally blown off the leases to the NE corner of the bay, where it festers and sinks into the quicksand-like mud.

I recently spent the better part of a day crawling around the eastern portion of lease M-430-15 recovering 44 vintage bags. Only one of which was leftover from the 1982 flood event that buried thousands of bags belonging to the now defunct International Shellfish Enterprises (ISE). Read more about ISE abandoned debris here. The rest were either from TBOC, or, from unknown growers. Unknown since the growers DO NOT tag their gear to make it easy to identify, yet. 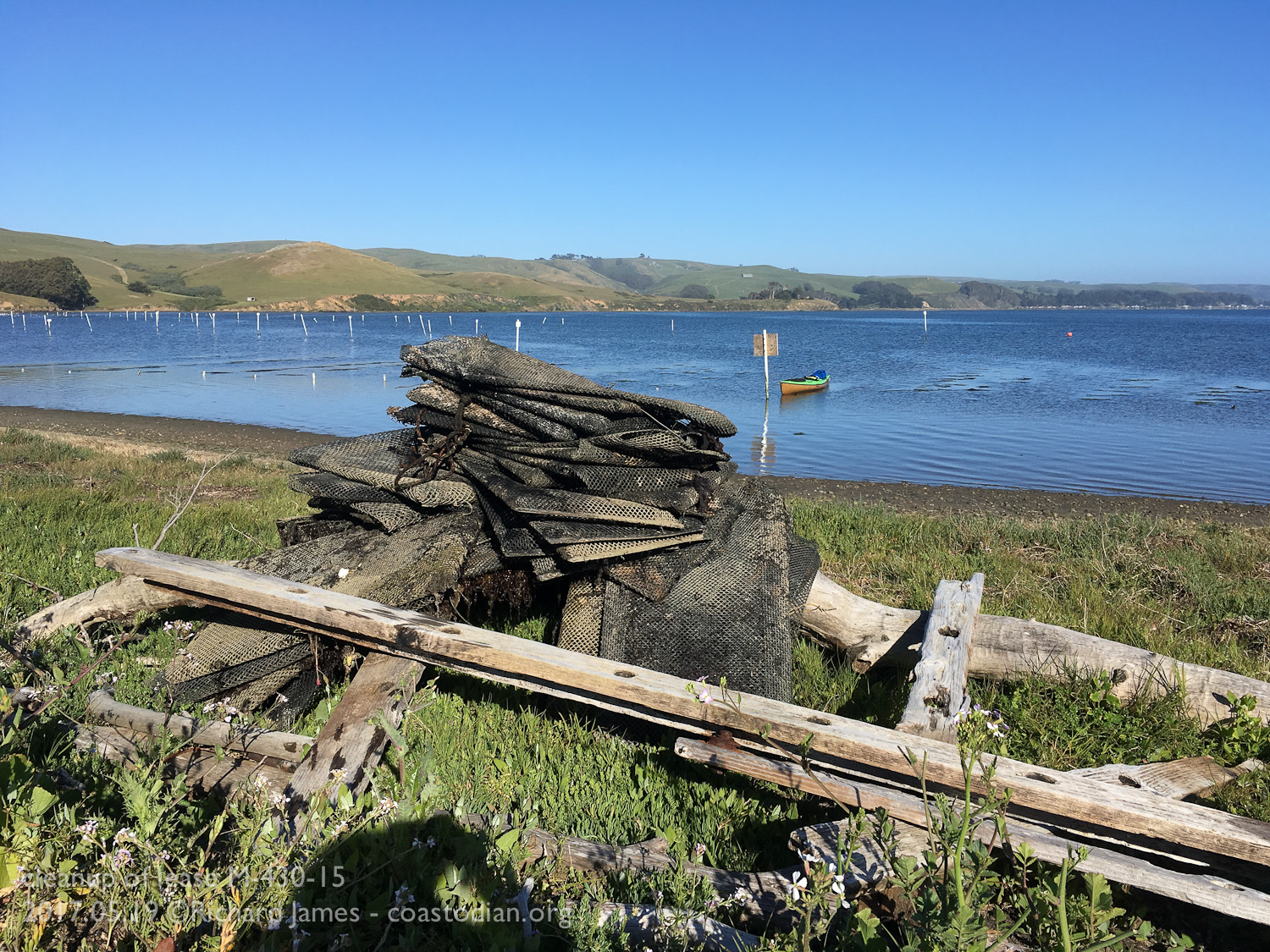 44 abandoned grow out bags along with lumber that was once the support structure for “stanway” culturing tubes. Stanway are still used by one grower to hold many thousands of baby oysters.

One grower is changing the way bags of oysters are attached to iron racks. Instead of using plastic coated copper wires that are untied and dropped in the bay to pollute after one use, rubber ties are now used, which may be re-used, or more easily recovered so as not to litter beautiful Tomales Bay.

Wires collected from the mud after being dropped (the old way) 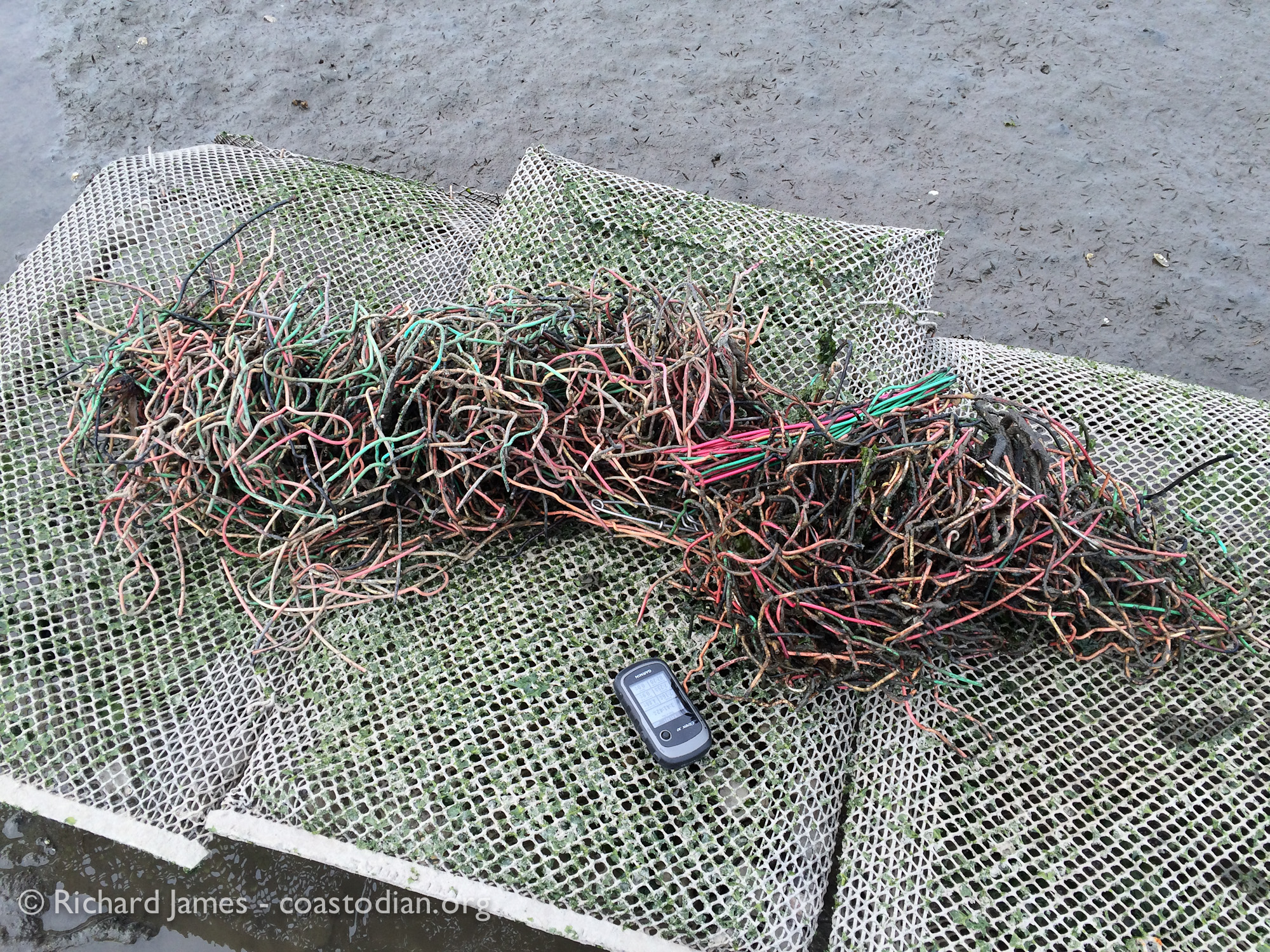 About 20 pounds of plastic coated copper wire i picked up from under the racks, laying in the mud on lease M-430-17, run by Point Reyes Oyster Company.

First attempt at a new attach method – these rubber bands proved to be too weak and snapped under pressure from the tide.

Second attempt at a new attach method – these bands look to be up to the task.

This is looking more and more like Authentic Stewardship and I thank the growers for their efforts. 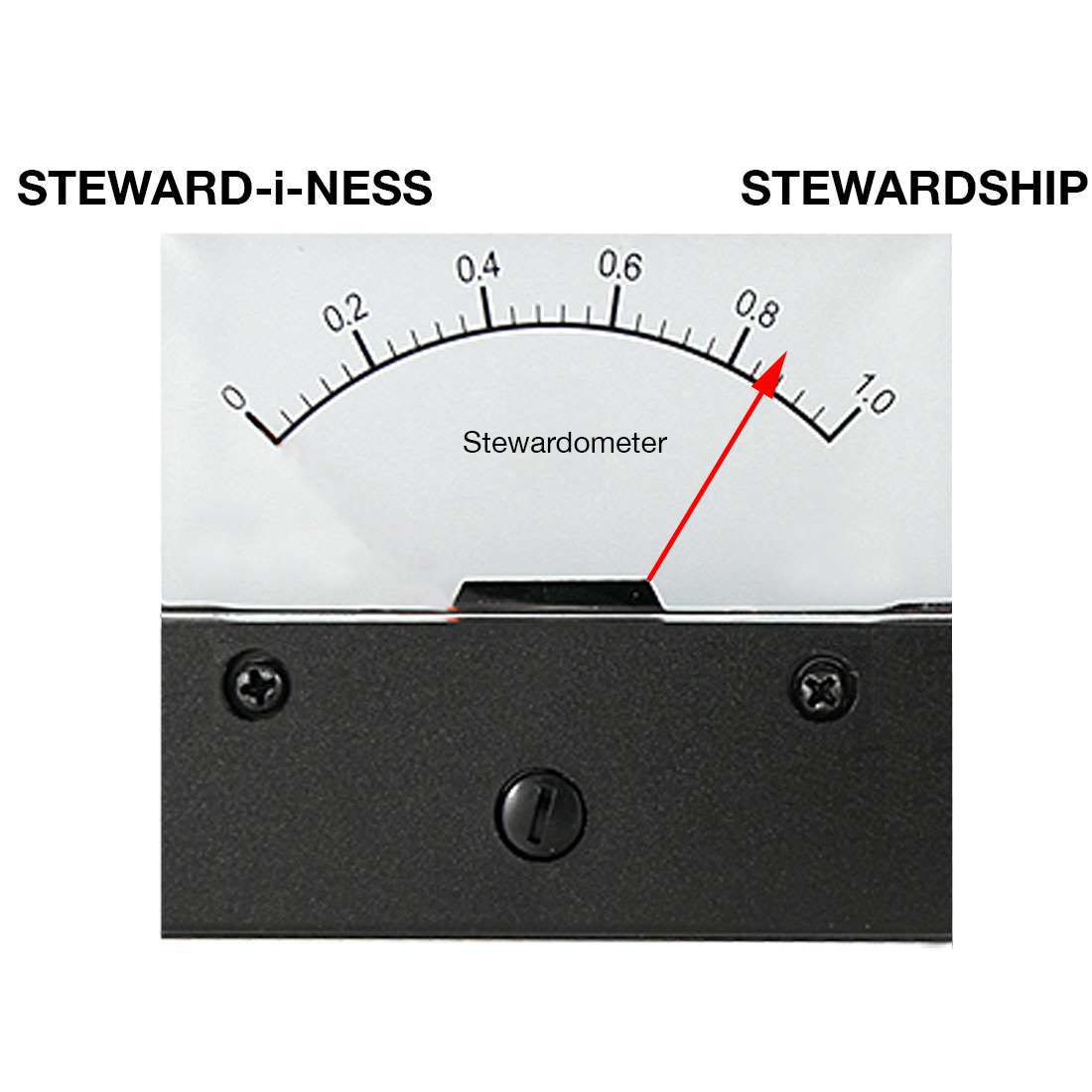 Now is the time for the Fish & Game Commission and Department of Fish & Game to show similar improvements in their methods. 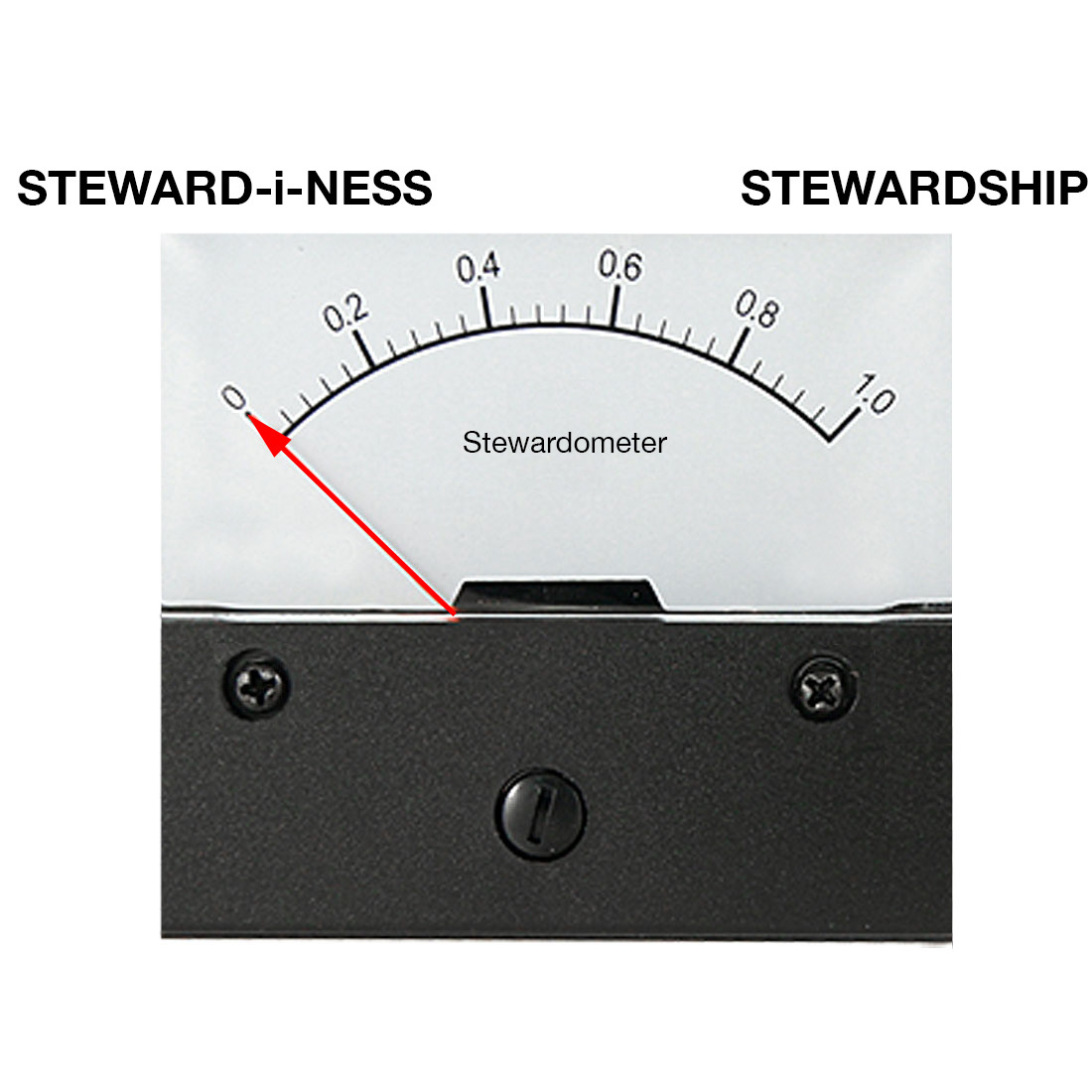