For the past four years I’ve paddled, snorkled and walked in and around Tomales Bay as I enjoy this jewel of nature. Drawn to the natural beauty, I’ve recorded thousands of images of the bay and those who call it home.

Humans make their home along the shore of Tomales Bay, recreate in the bay and along the shore, as well as extract a living by growing non-native shellfish in the waters of the bay.

Unfortunately, humans are too often careless in how we treat our home, which also happens to be home to thousands of other species too.

I’ve made it a mission of mine to clean up and protect Tomales Bay from further degradation.

In service of this mission, I’ve spent a lot of time over the past year sharing my findings with the growers and government agencies tasked with protecting nature from us humans. This past week I took another day off work (my fifth over the last year) to drive to Sacramento and speak to the Fish & Game Commission (FGC) on the topic of renewing two leases operated by Point Reyes Oyster Company (PROC) to grow oysters & clams in Tomales Bay. PROC is a company whose questionable practices have had a huge and horrible impact on Tomales Bay. I was shocked to hear that these leases were going to be renewed for another fifteen years.

Thankfully, after hearing from myself and others, the FGC decided to NOT renew these leases. Rather, FGC gave a one year lease extension to PROC. Time to correct past mistakes, clean up debris and prove oysters & clams can be grown in Tomales Bay without destroying Tomales Bay.

This happened 8 days ago.

.
Click on the image to see a larger version 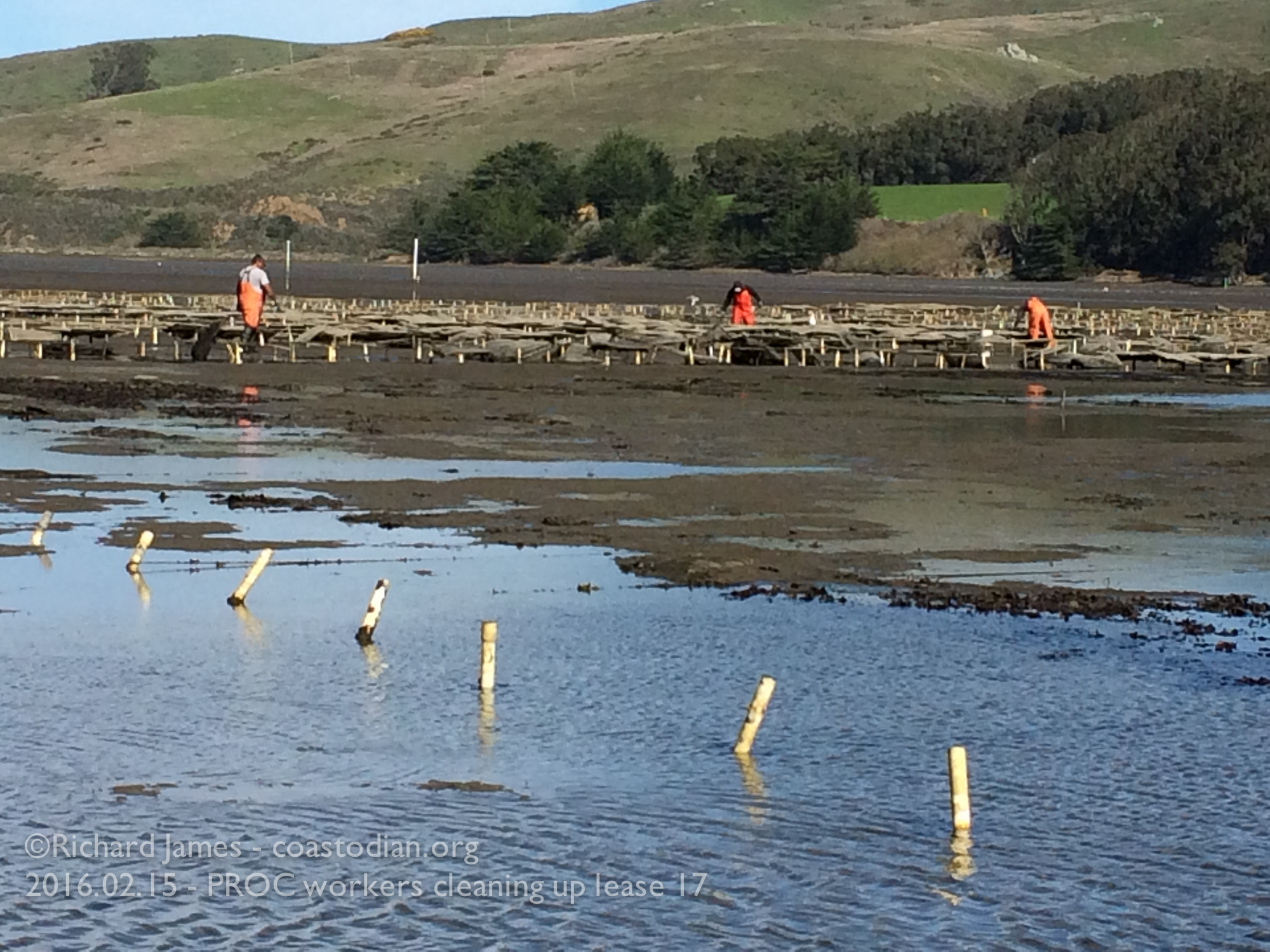 Five days later, this past Monday, five PROC workers were on their northern lease (lease 17) to pick up bags of dead clams & oysters littering the bay, secure bags of oysters to racks that were long ago pushed off by the tides far and wide. Pick up broken iron racks and bits of racks and hundreds, possibly thousands of lengths of plastic coated copper wire dropped in the bay to rot and leach plastic into the very waters in which these oysters grow. One of their workers assured me that the next day there would be ten workers on this task and that if I came back in two weeks, I’d not recognize the place. I happily took him up on his offer. 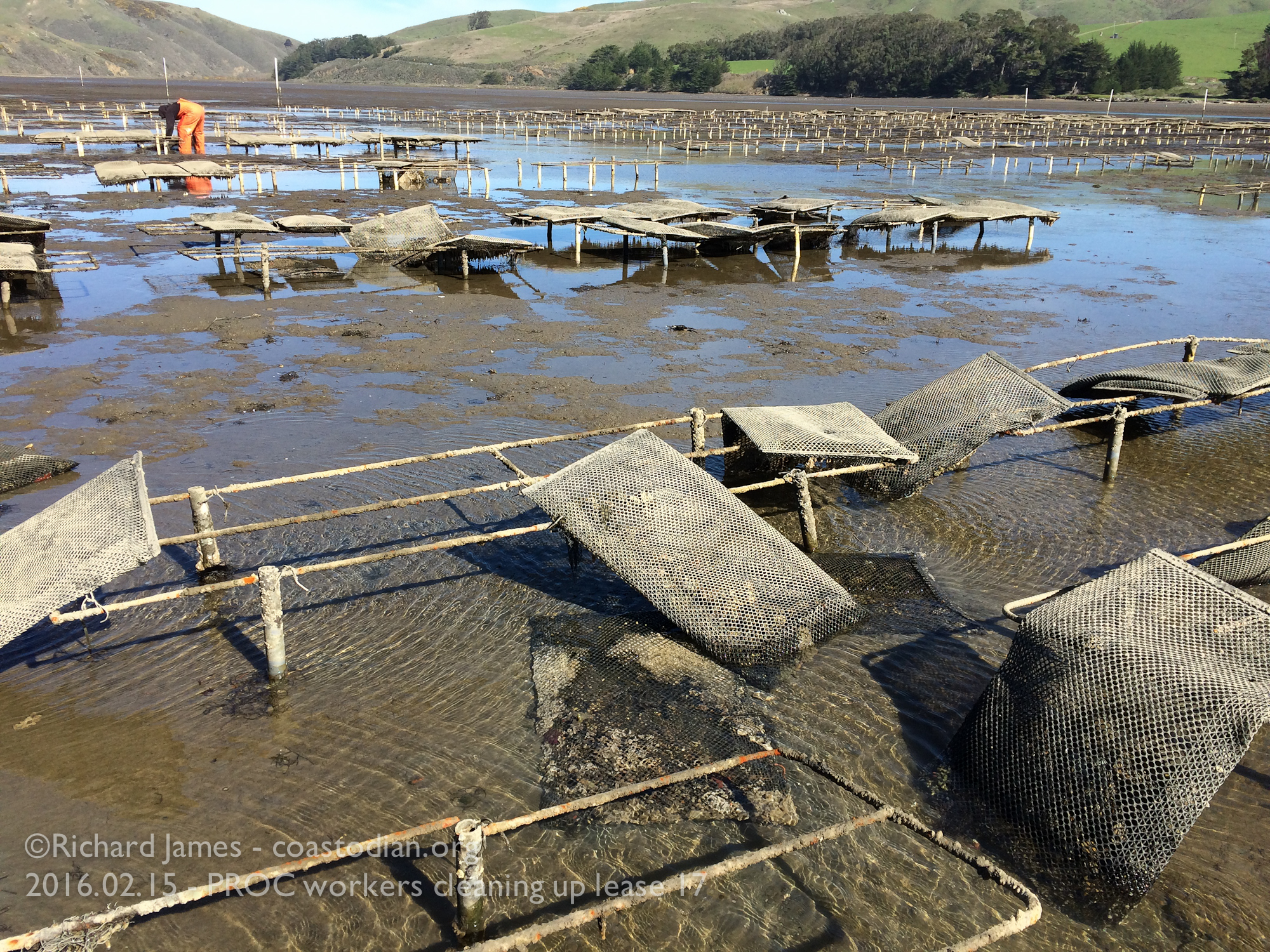 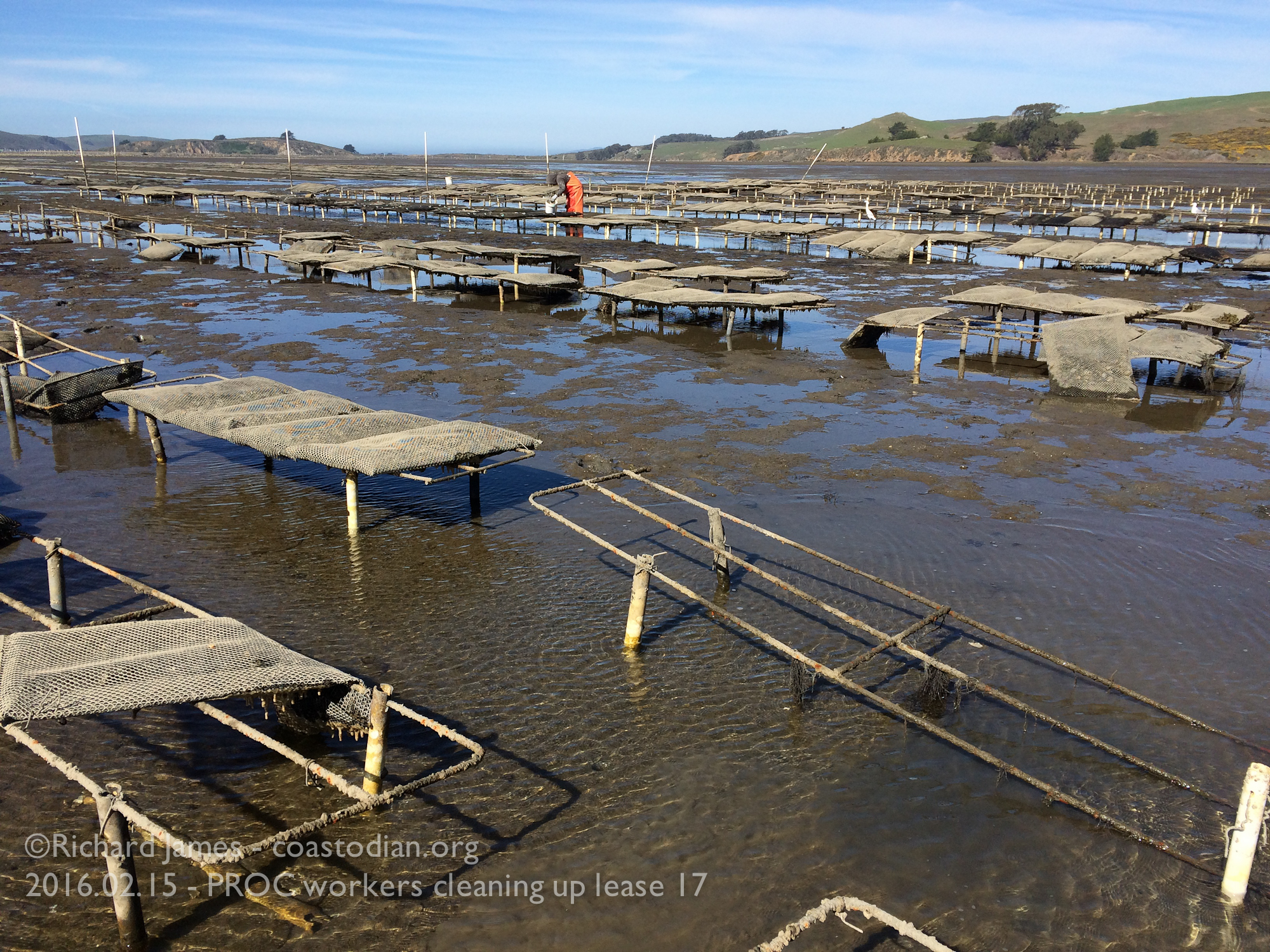 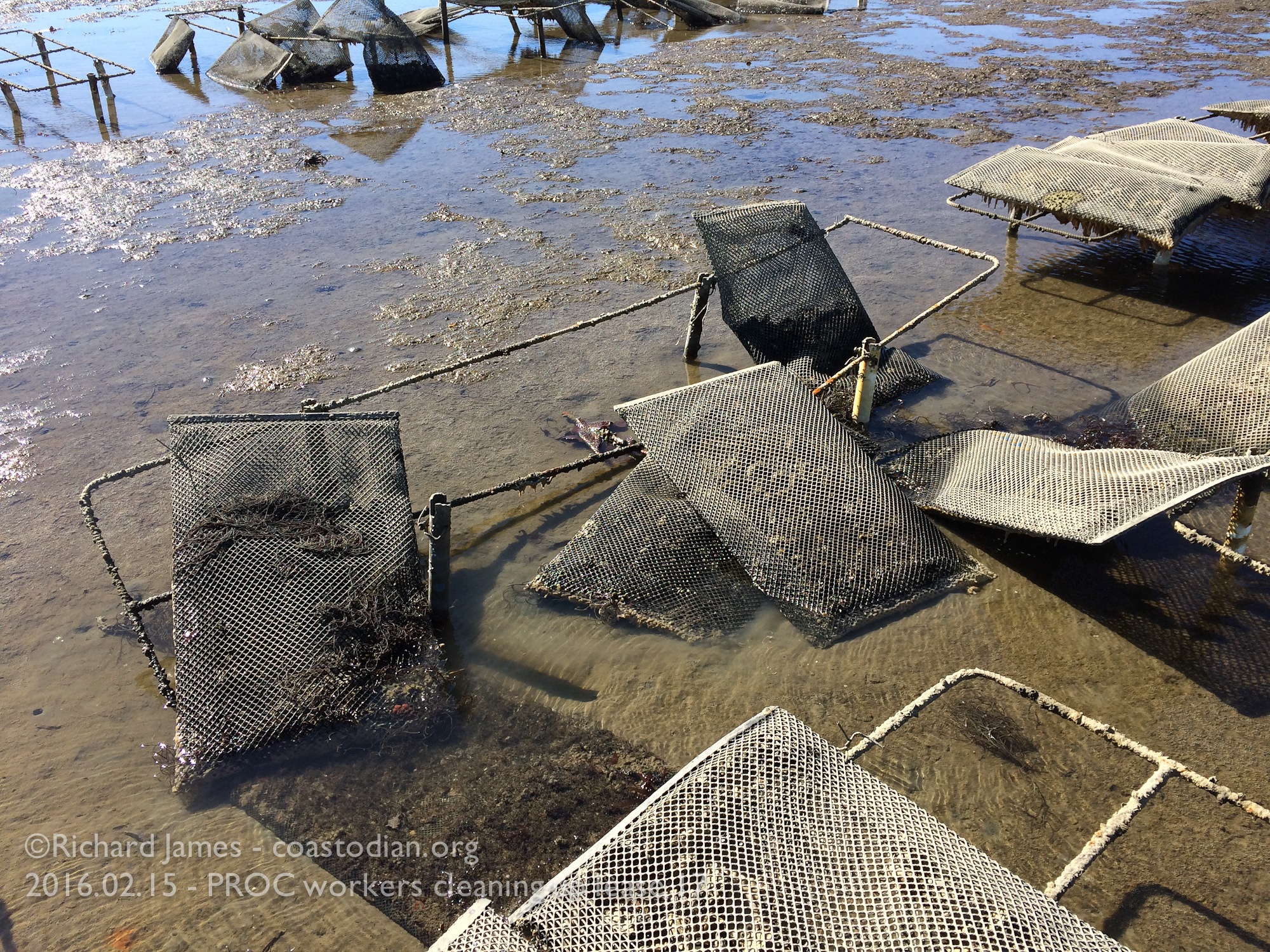 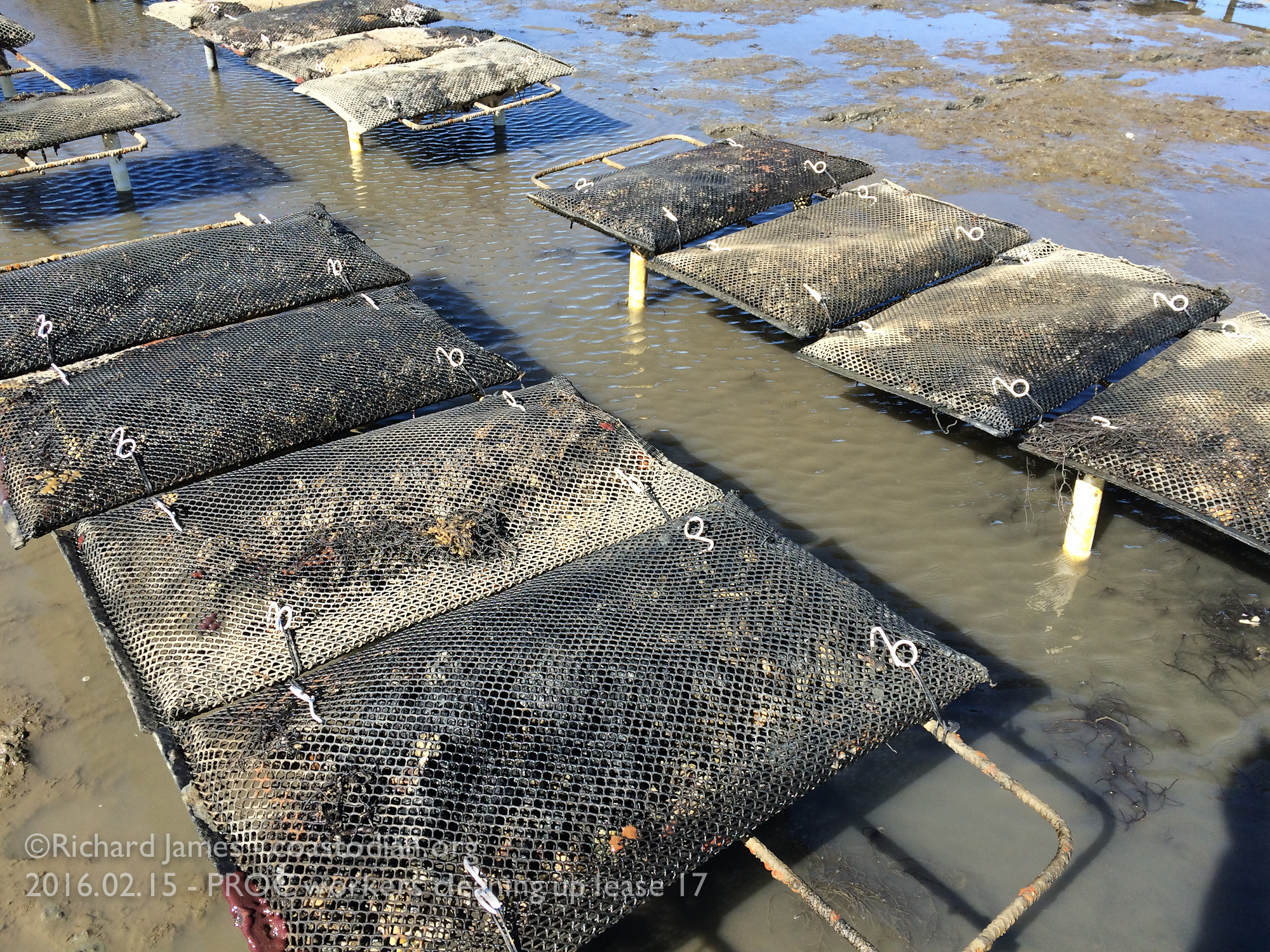 At the same meeting PROC was denied lease renewal, Tomales Bay Oyster Company (TBOC) was given their formal non-renewal (a one year lease extension) for one of their two leases. Since learning of their non-renewal, TBOC has stepped up their efforts in cleaning up the bay in which they make their living.

I applaud and thank TBOC and PROC in stepping up to undo the damage caused by years of shoddy practices. It is my sincere hope each company continues to refine their work practices and strive to grow oysters in a truly responsible, sustainable way.

I also applaud the FGC in not rubber-stamp renewing these leases. Instead, sending a clear message to growers that the public is watching and demanding that growers respect the bay while extracting profit from public waters. They too need to refine their processes, update lease agreements written decades ago, regularly send their staff out to monitor the public lands in their care.

Dept. of Fish & Wildlife staff explained to me that these extensions are for up to 12 months. If these growers can demonstrate by authentic, continual action that they have corrected their many years of neglect in less time, the topic of lease renewal can be brought before the FGC sooner. Let’s hope they do.

This past week has been a huge one. I look forward to reporting on many more successes of a similar nature.

The Commission voted to give PROC a one year lease extension instead. This is time for PROC to clean up their mess, improve their processes and show they can grow oysters without damaging Tomales Bay and all that lives in it.

I applaud and thank the commission for taking this action and look forward to working with them as they develop Best Management Practices (BMP) and other lease template improvements to bring their aging lease agreements up to current standards. 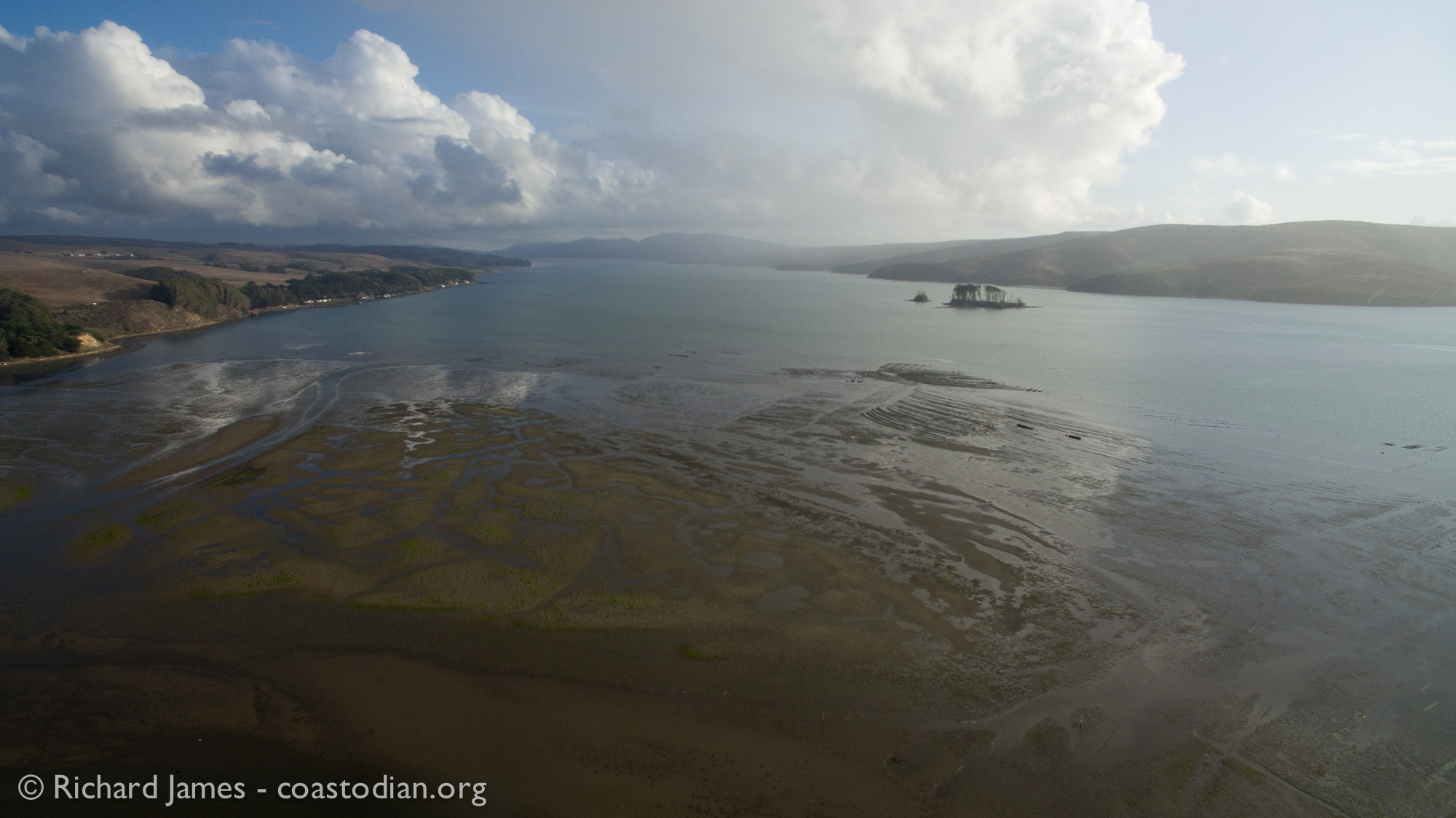 Tomales Bay deserves strong protection from businesses profiting from it.