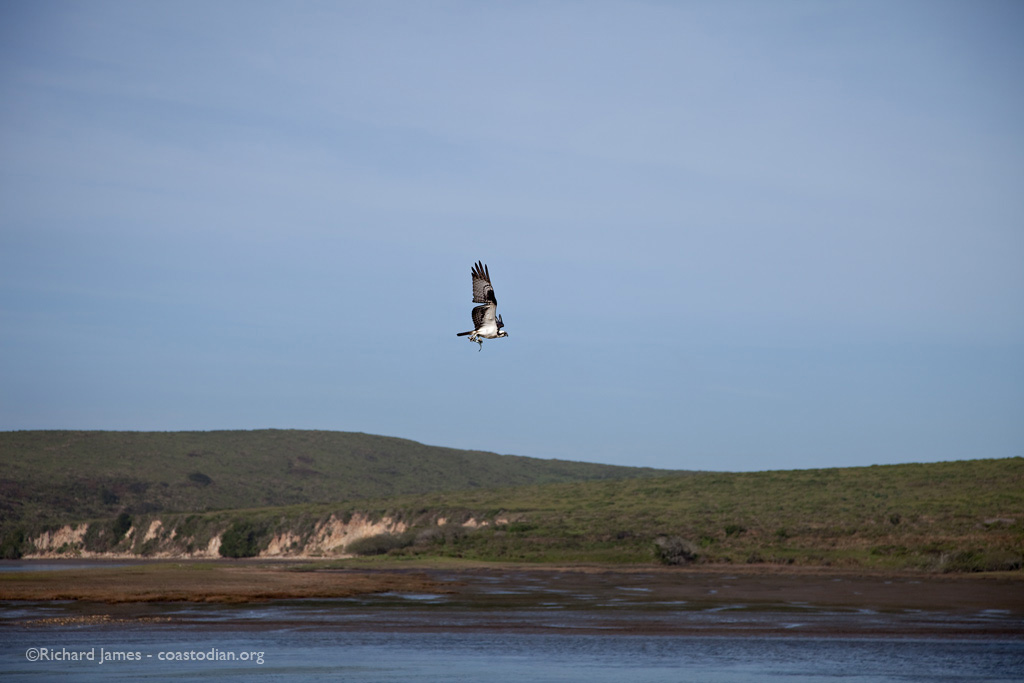 This osprey snatched what appears to be a smelt out of Drakes Estero in front of me today. The fish was not at all keen on the events as they unfolded. Osprey circled overhead, attempting to re-arrange the fish into an aerodynamic package for transport back to the nest. 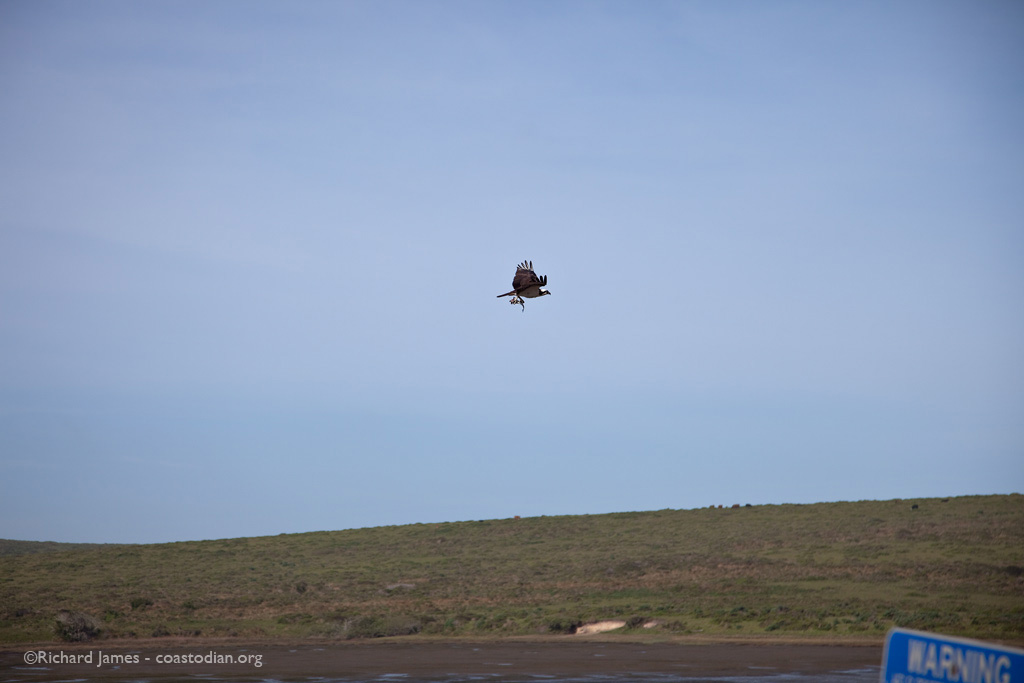 Osprey landed on a post nearby and struggled for a few minutes in a strong and steady breeze, reaching back with beak, trying to move this fish. With talons so long, sharp and curved, it is difficult if not impossible for the bird to let go of prey. 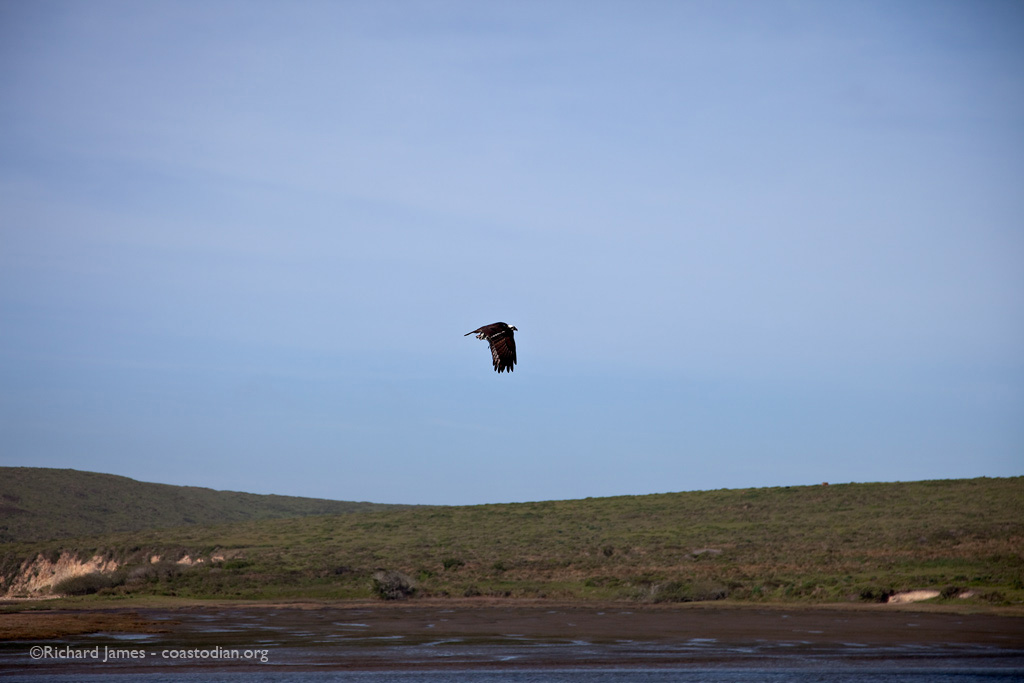 After a few minutes of pecking, floating up, landing back on post, more struggling, fish was nearly out of energy. Properly packaged, osprey lifted off to deliver this meal to a hungry brood or mate.

Later, I happened upon this never before seen species of cetacean that had beached itself upon South Beach. 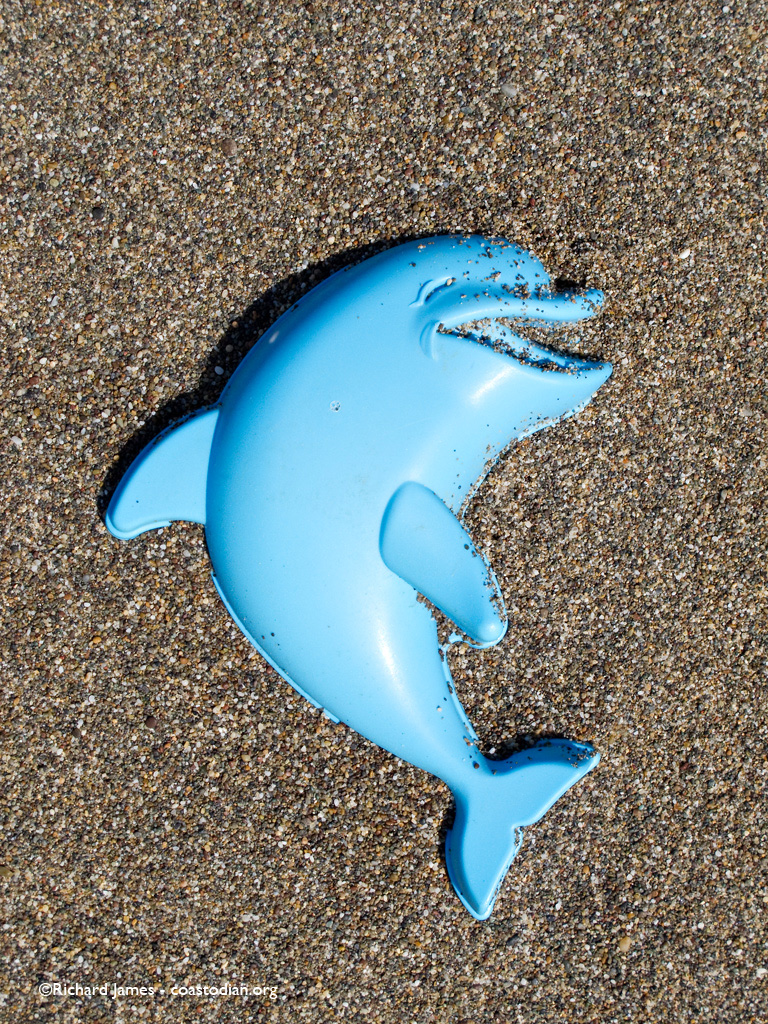 Oh, after contacting Marin County Parks people to let them know I found one of their swim area buoys, they came out and picked it up. That thing costs over $500. The decals alone are over $100. They used to gather them up each year at the end of swim season, then set them out again after winter. They stopped doing that, though I am not sure why. 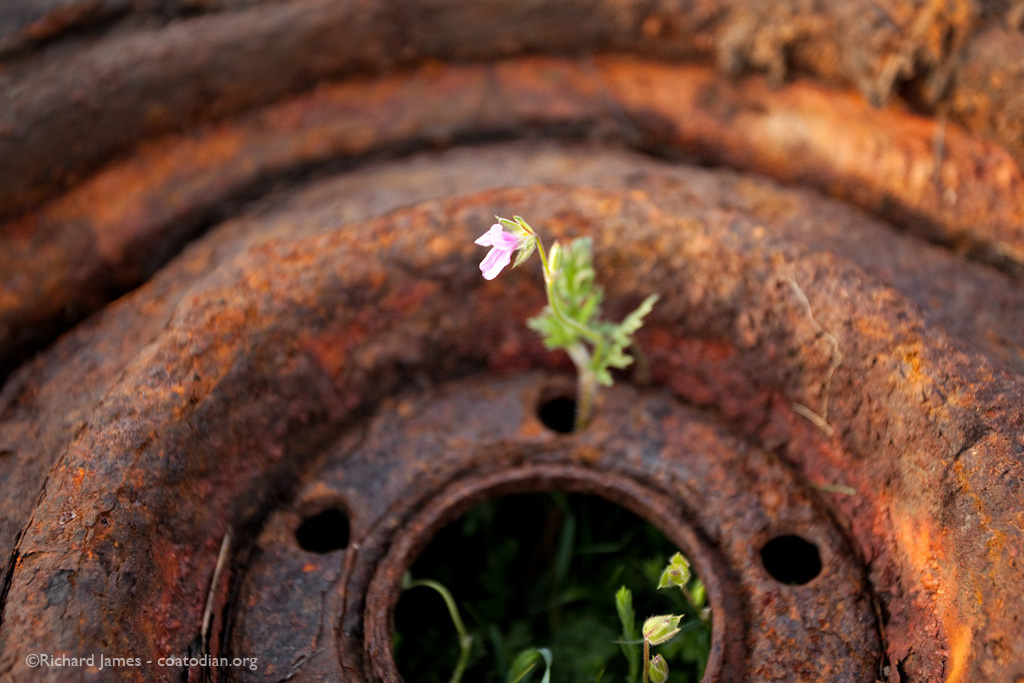 Nature responds to the careless, selfish ways of humans. 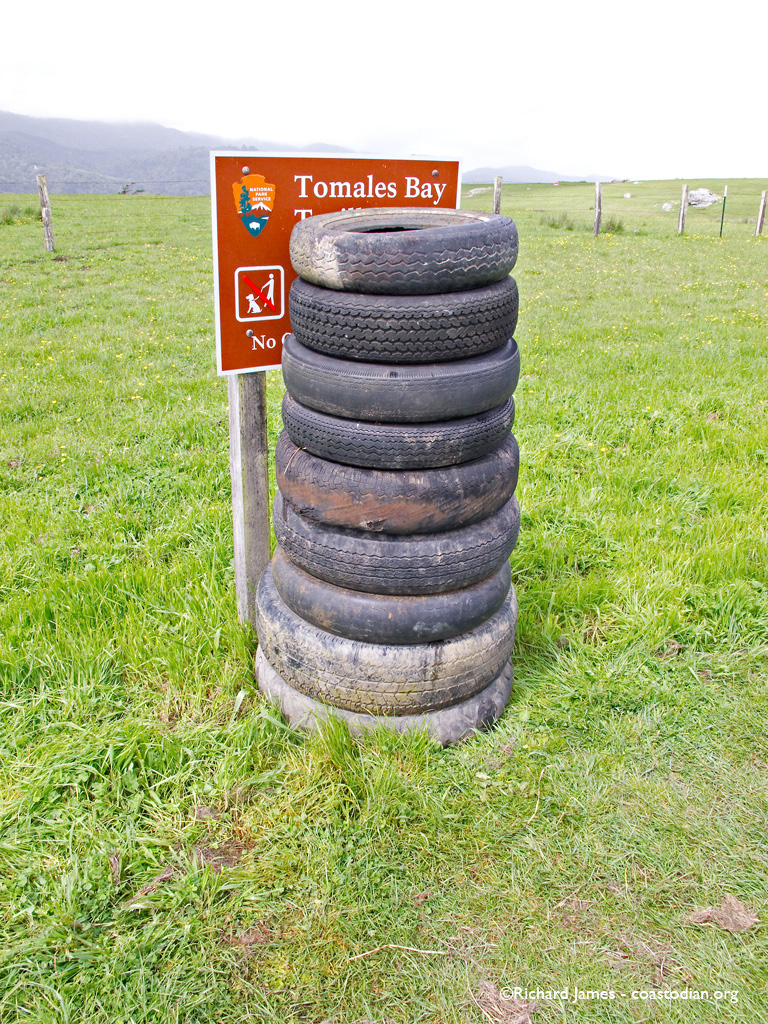 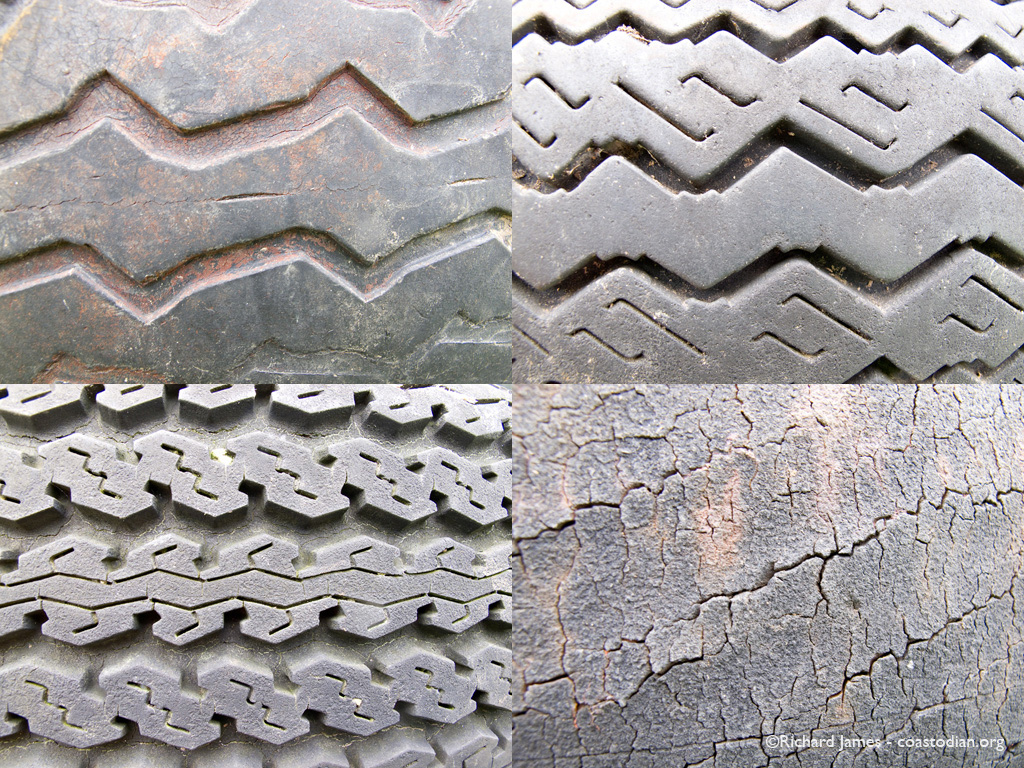 What destinations did these tires venture to?

The stories these tires could tell. 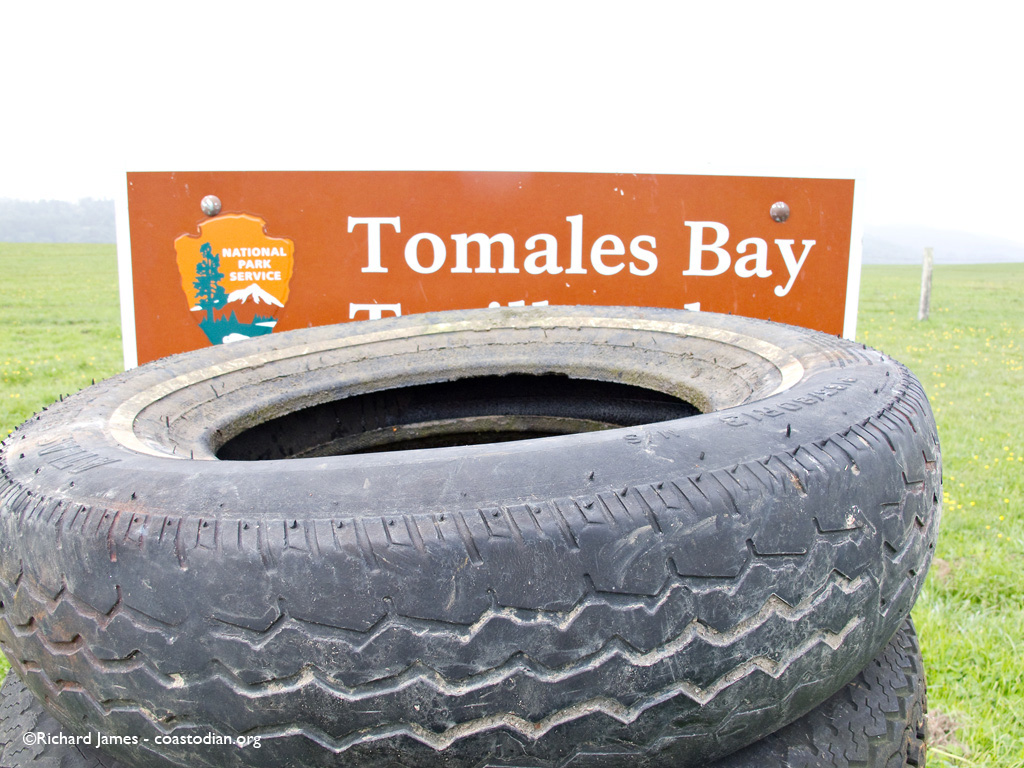 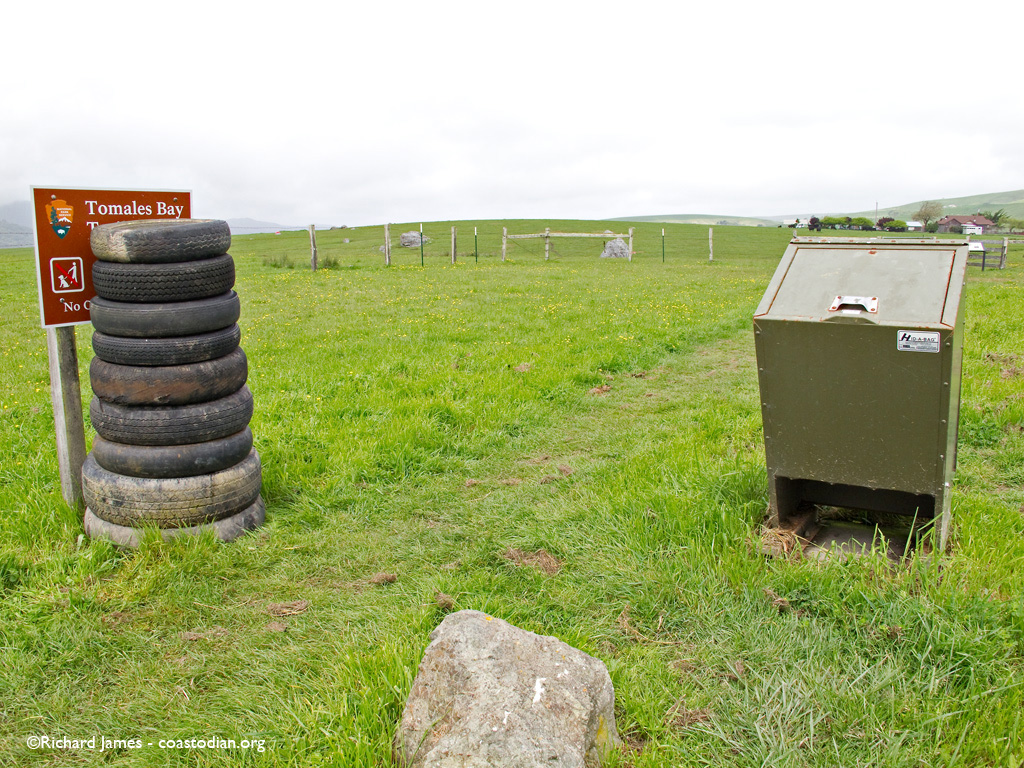 Let’s hope these tires are responsibly handled by the NPS. The heavy lifting has been done for them.