Having previously hidden in the bushes a rather heavy and valuable item I dug out of the sand, a quick visit to Drakes was in order. Little did I know, in addition to recovering my treasure, I’d see another amazing moment involving birds in their natural environment, this was a top ten event for life. Maybe top fifteen.

Hustling down Drakes Beach, it was mostly as I’d left it two days prior, though now I was picking up many items I had skipped before. There is just too much trash on the beach for one person.

Two hundred meters into my journey I noticed a large flock of sanderlings and maybe a few western sandpipers were probing for invertebrates near the water. Two or three hundred birds scattered across fifty meters of shore, all pecking and moving, looking for food as the water lapped at the hard-packed fine sand. Suddenly, from the west the birds started to lift straight up. Though not the usual dance, where those at the back of a bunch fly over to become the birds at the front of the bunch, to get first tracks on new ground. This was a more chaotic movement, they were all moving in different directions, quickly.

For a moment I wondered why, then I saw it, dropping out of the sky from maybe a hundred feet up. Sharp, stout, pointed wings. Black mark through each eye. Wow I thought! A peregrine is making a high speed run through this flock of snacks. Many times I had found the remnants of one of these events on the beach. A pile of feathers. Once, while out with the Point Reyes plover person, we saw a peregrine sitting on a log, snacking on a recent kill. As we walked closer, it flew off with the body of a small bird clutched in its’ talons. We walked over to the log it had been on to find bright red blood dripping down the log and an even brighter red heart the size of a chick-pea, still glistening, having just been torn from the chest of this tiny shorebird. What A shame to leave the heart I thought. My grandmother always savored the heart, liver and kidneys from any deer that had been killed.

The falcon dropped fast, exchanging altitude for speed. As the peeps rose up and tried to steer clear, the falcon, now going 50-60 mph was 3 feet off the beach and looking to make contact. Again and again it dropped one wing, then the other, turning left and right. Instead of colliding, and killing, it was more like a slalom skier, passing gates, never catching a tip, always a fraction of an inch from striking.

Shorebirds continued to lift and scatter down the line from west to east as fans would raise arms in a wave at a football stadium. Wanting so to see skier impact a gate followed by an explosion of feathers, I was disappointed, but only a tiny bit as the falcon passed the end of the line of gates. A perfect ski run. A big fat zero in the dinner department. Over in 3 seconds. It flapped 5 or 6 times and shot back up into the sky.

The sanderlings and others headed out to sea. The falcon pulled a tight turn and flew back over me looking for stragglers, finding none it flapped off into the setting sun.

I must have said wow twenty times, replaying what I’d just witnessed as I walked another three hundred meters to see if my treasure was where I’d left it. 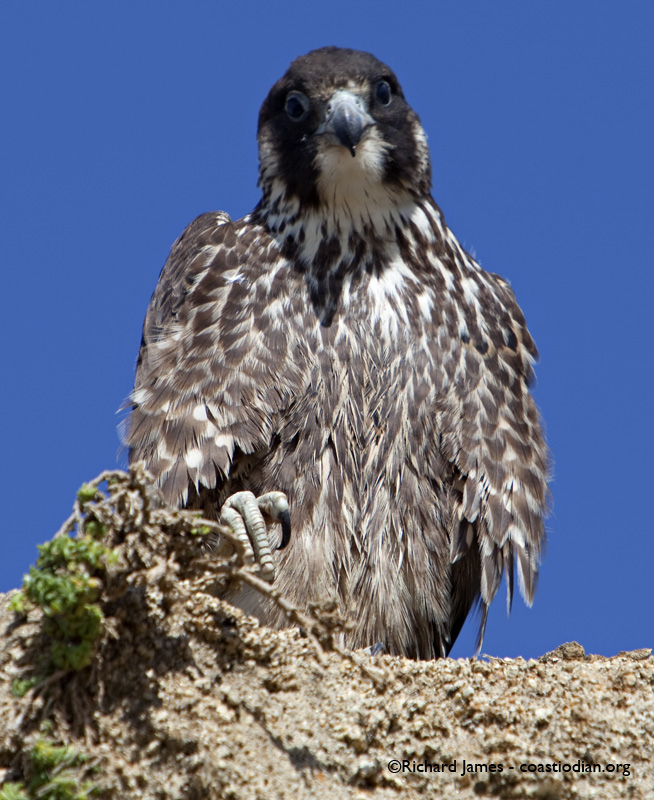