Whenever I come across a bird I am not sure of what it is, I contact one of my more learned friends and ask them to help.
Keith Hansen of Bolinas is one such person. He is an outstanding artist, click on his name to visit his website and admire his work. 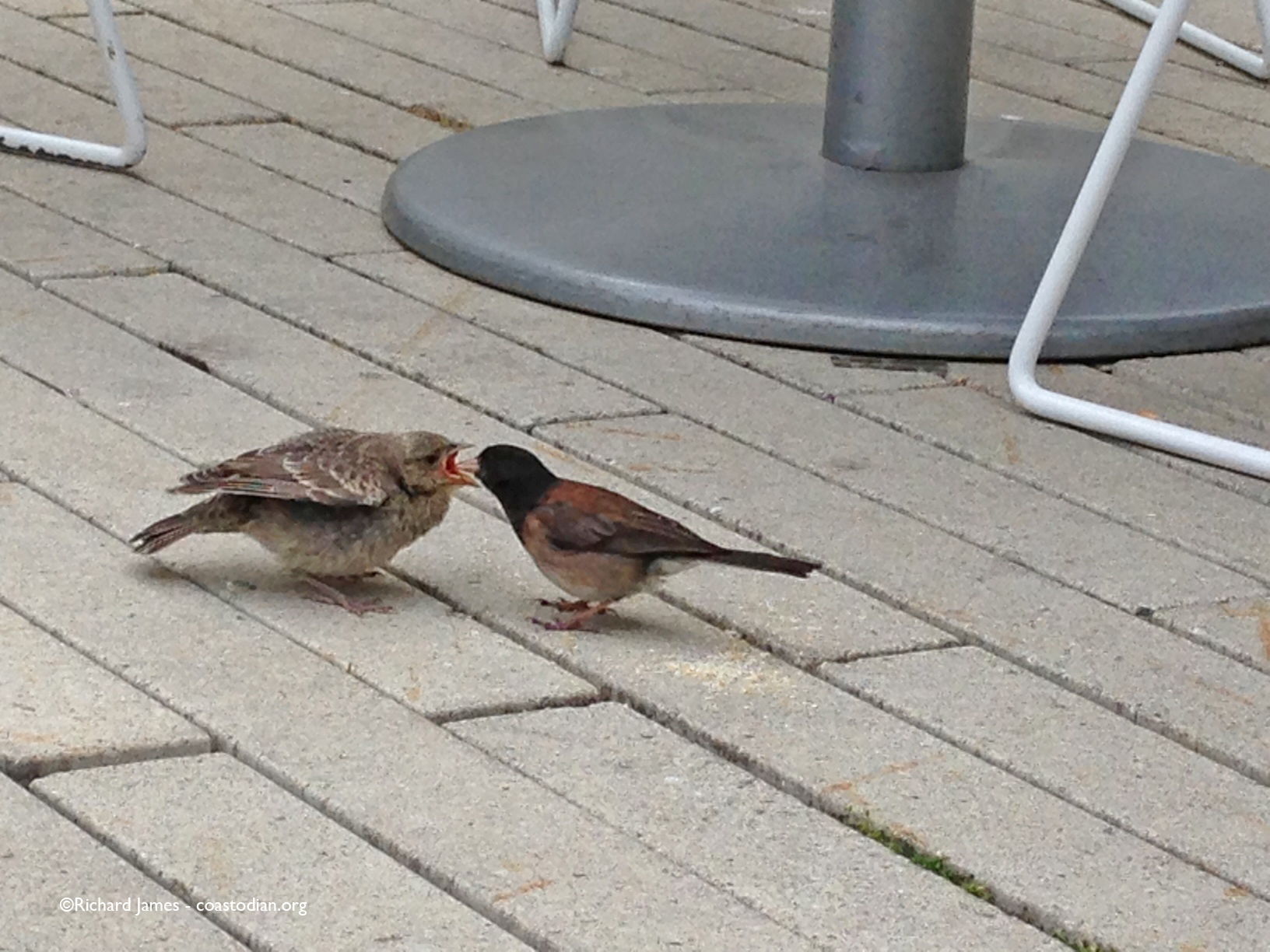 Here is what he wrote back about the above image.

Yes that is a Dark-eyed Junco feeding a juvenile Brown-headed
Cowbird. Cowbirds are a type of Blackbird that parasites other
birds nests in this case a Junco. They drop their egg into a
“hosts” nest and as the chick Cowbird grows large and fast it out
competes the hosts young thereby killing them.

Although native to N. America, Cowbirds have had a very grave effect
on MANY species of birds throughout America. There are now culling
efforts typically in the winter in Texas where tens of thousands
of Cowbirds winter. This has shown an immediate and very positive
effect on many species of our nesting songbirds.

In “the old days”, (before white man), Cowbirds were
restricted to the Great Plains where they followed Buffalo around
eating the insects that they kick up as they feed. Now that cattle
span all of North America, cowbirds have encroached into all areas
that they have no history occurring in.

This is a very important photo clearly showing this relationship.
Thanks for sharing!