As I slipped on my mud boots yesterday in preparation for my seventy-seventh week of walking the shore near the TBOC retail site to pick up their trash, an odd sound filled the air.

Power tools, like none I’d heard before at the farm. Hmmmm?

Found zip-tie number one as soon as I set foot on the beach. No zero-day day today Tod. Soon, the second and third were in the bag. Along with some “tourist trash”, or likely oyster customer trash given the location. Still that sound…..

Then I turned the corner to see Tod and nine of his guys fanned out in the mud, picking up trash. Was I hallucinating?

No, there they were. 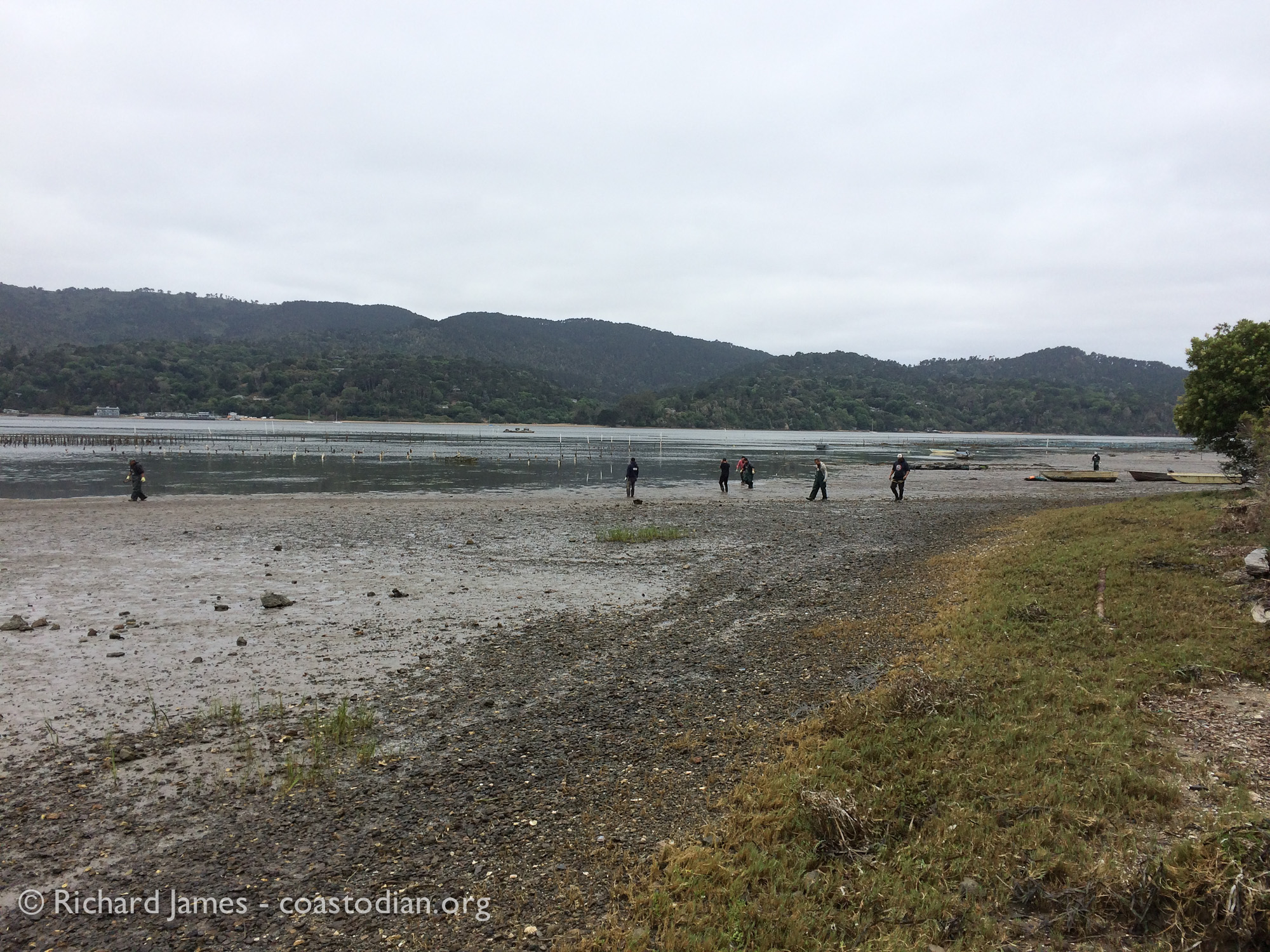 Tomales Bay Oyster Company owner and staff picking up their trash. What a great idea!

The truck was on the beach too, but no oysters in it. 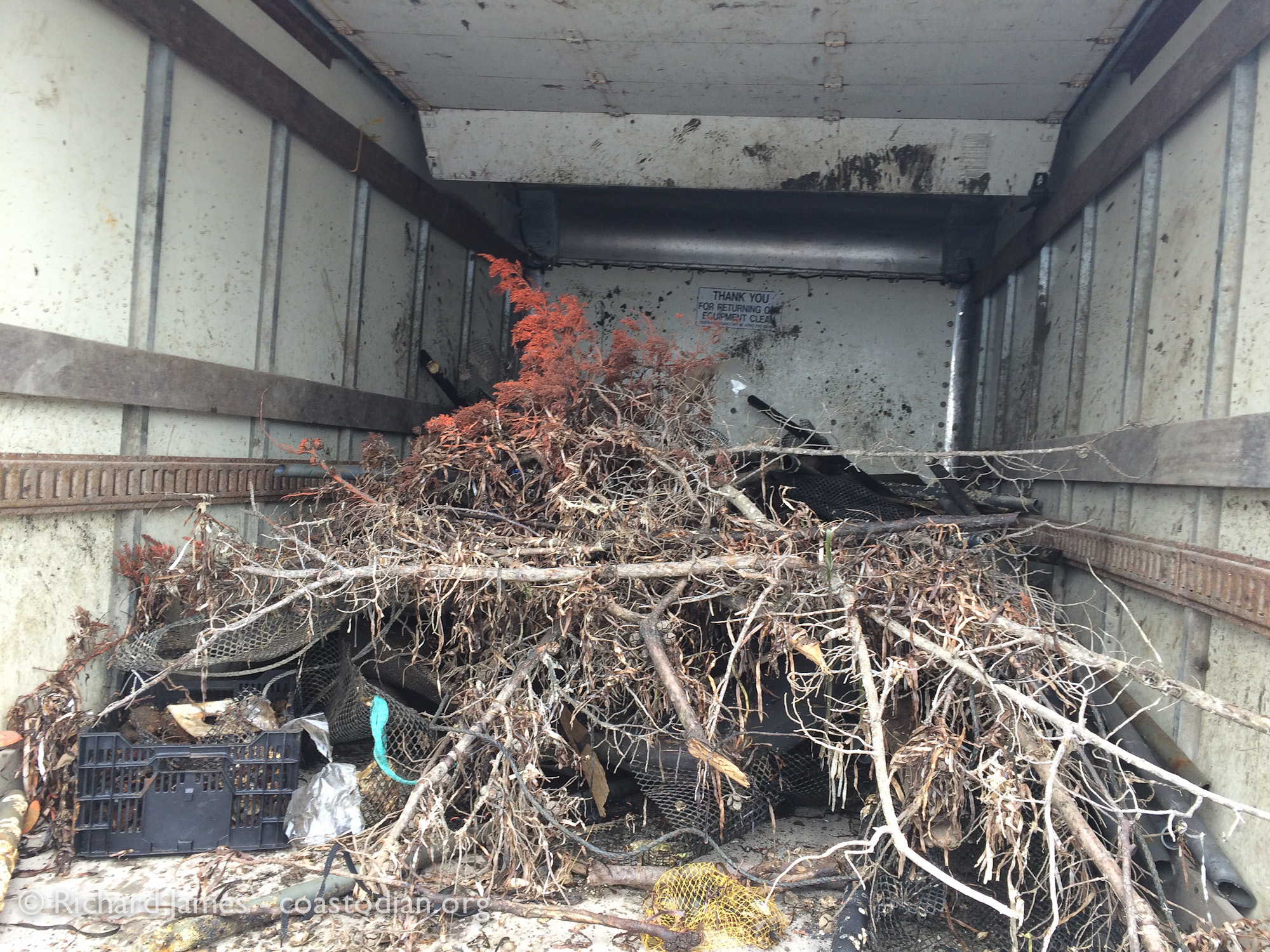 Truck full of Tomales Bay Oyster Company trash no longer creating an eyesore in the bay, nor a risk to wildlife.

Next to the truck was the source of the noise. Tod had hired 1-800-got-junk to cut up the large mountain of rusting oyster racks that had been in the bay for 25 years, and on this beach for a few months at least.

This is a great sight to see. I thanked Tod and his workers and even tried to help them, but was shooed away by Tod.

Let’s hope that this trend continues. That is, any mess made by the oyster companies gets picked up by the oyster companies. Tod and his workers told me there are at least as many old, rusting racks spoiling the bay still to be removed.
Not to mention the thousands of PVC tubes and other plastic trash left over from Drew Alden, the previous leaseholder that left this in the bay for somebody else to deal with.

Redesigning their gear to reduce loss, regular patrols of the beaches and bay to pickup their lost gear in a timely fashion and workers that do not take shortcuts or purposely drop garbage in the bay will all contribute to a healthier ecosystem.

Panorama of the area blighted by Tomales Bay Oyster Company, in the process of being de-blighted. 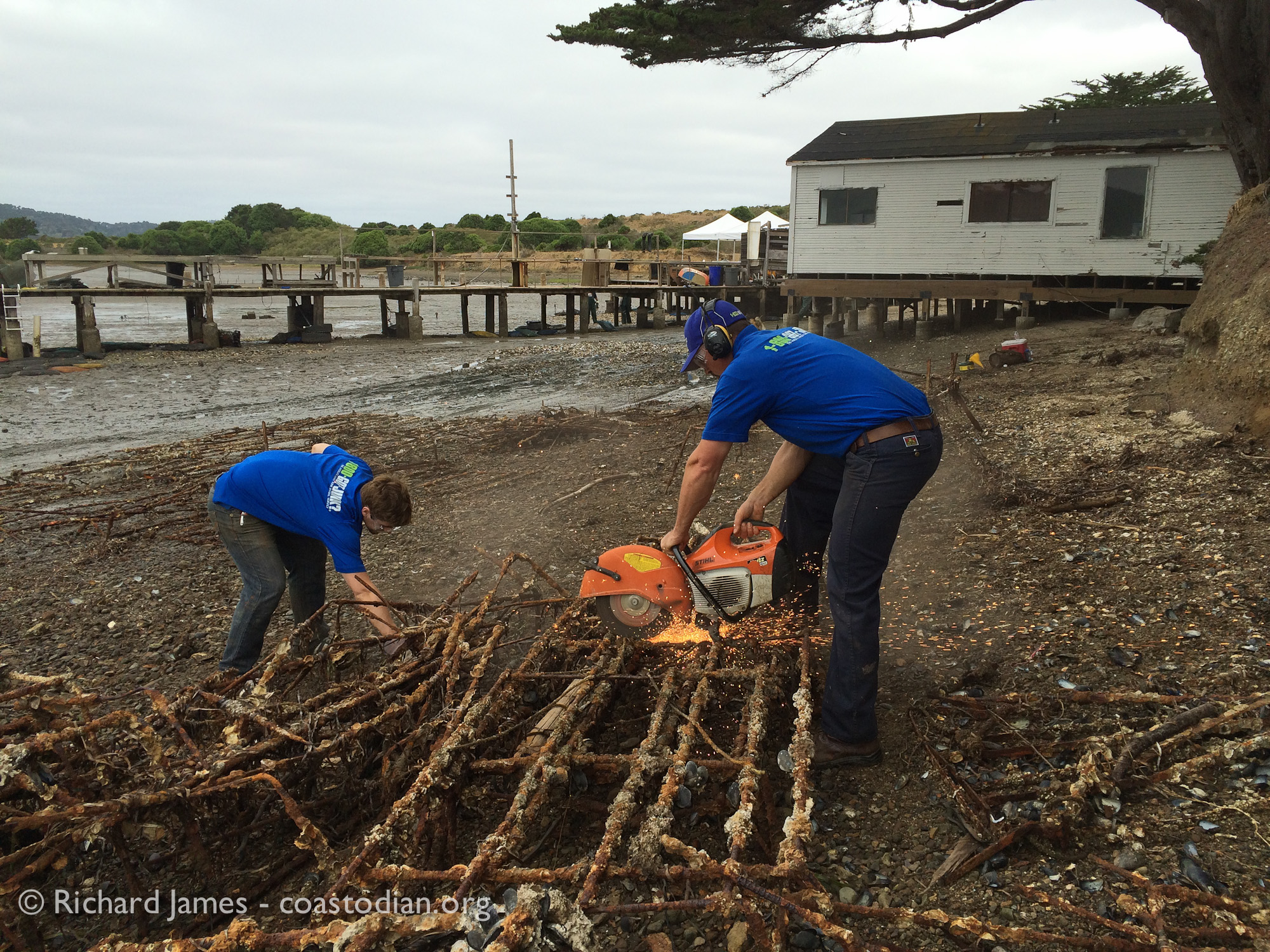 Please take a moment to read this brief document, then write Sonke Mastrup, the Executive Director of the Fish & Game Commission, as well as Randy Lovell, the State Aquaculture Coordinator at the CA Dept Fish & Wildlife and tell them you want stronger language in the leases they provide to growers using your waters to make a profit.